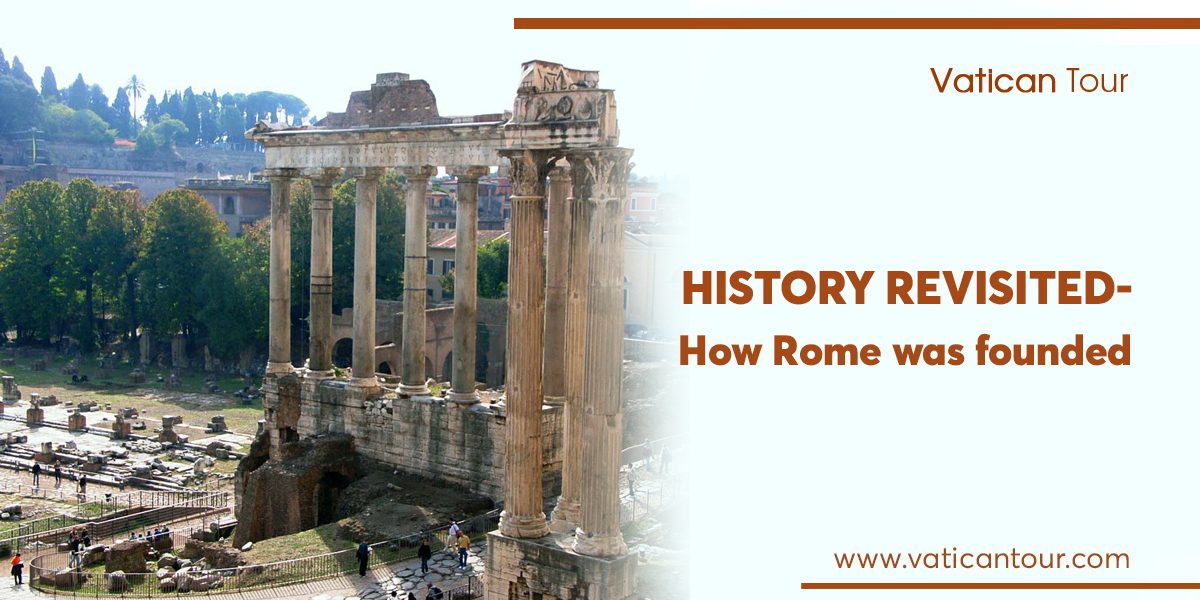 Rome is a city of enchanting stories and artworks. It is a city full of palaces, churches, museums and cosy neighbourhoods. And it is a city where the greatest painters and sculptors have lived. It is not a surprise then that its origins are equally fantastical and legendary.

For an exceptional experience of Rome, do sign up for the best Vatican City tours, Vatican museum tour, or best family tours in Rome. As you prepare for your next trip to the Eternal City, get acquainted with the legend of Remus and Romulus, the founders of Rome.

Rome dates back to April 21, 753 BC, established by the twins Remus and Romulus. The day is observed as Rome’s birthday and celebrated with much fanfare and joy even today. The twins, like many other mythical heroes, were cast away at birth and saved by a she-wolf. The place where she sheltered the twins came to be called Rome.

The two brothers, the legend goes, were born to Rhea Silvia who was the daughter of Alba Longa’s King Numitor. Alba Longa, in mythical lore, was a city situated in the Alban Hills, northeast of what modern-day Rome.

Here, King Numitor was dethroned by his brother Amulius. When Rhea became pregnant with the war god Mars’ twin sons Remus and Romulus, Amulius ordered the twins be drowned in the Tiber for he wanted no claimants to the throne.

As destiny would have it, the twins survived and were washed ashore at the base of the Palatine Hills where a she-wolf fed the human brothers her milk. Soon a shepherd chanced upon the twins.

Raised by the shepherd and his wife, Remus and Romulus grew up to be leaders of a group of shepherd fighters. After learning of their origins, Remus andRomulus laid siege to Alba Longa and killed the cruel Amulius. Their grandfather got his throne back.

The End and the Beginning

Remus and Romulus, after their breathtakingly wondrous victory, decided to set up a small town in the lap of the Palatine Hills, near where they were found after their abandonment.

However, destiny played a cruel trick on Remus. He was slain by his brother over a petty fight and Romulus came to found a new city- Rome- named after himself.

There are other legends that stake claim to Rome’s origins. There is the Grecian legend that the mythical Aeneas of Troy was the founder of the dynasty that would birth Romulus and Remus as descendants centuries later. This myth was immortalised in Virgil’s epic poem Aeneid in the first century BC. Augustus and Julius Caesar were said to be descendants of Aeneas.

Whichever legend you might ascribe to the foundation of Rome, greatness and grandeur are an inevitable part of the story. The beauty of ancient Roman culture is such that, to this day, Romans have not forgotten the epic stories of their ancestors. In fact, they celebrate their history and traditions and cultural heritage with aplomb and pride.