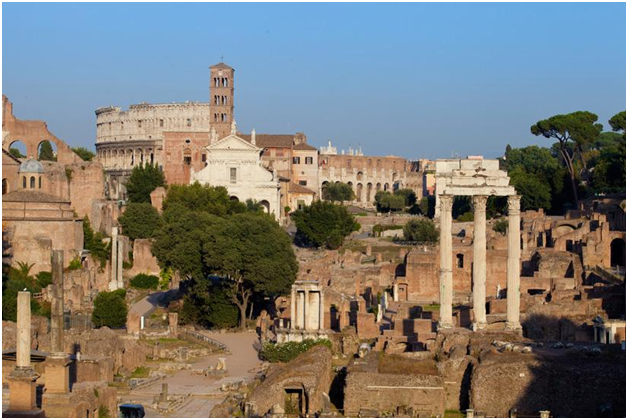 Rome, the eternal city bustles with life as its streets get thronged by tourists from all parts of the globe exploring its beautiful streets and umpteen attractions. The glory of present day Rome are all of the magnificent structures that have stood the test of time showing a majestic grandeur of an ancient civilization.

By no means do you have to be an avid history buff to enjoy Rome’s ancient monuments. In fact, before long you will be wanting to know more about their history as well. Even, if you are just a careless nomad we think that there are still 5 ancient sites that you must include in your itinerary.

This ancient Roman amphitheater has become synonymous with the eternal city. No write-up on Rome could be finished without the inclusion of the Colosseum. Even if there are hundreds of even better preserved ancient amphitheaters in the world, Rome’s Colosseum takes the cake earning itself one of the New 7 Wonders of the World.

Finished in 80 AD, this massive site of Imperial Rome still stands proud even after going through thousands of years of earthquakes and human wear and tear. Emperor Titus inaugurated it for hosting entertainment and games and it has impressed its visitors ever since. Everyone knows that there were gladiator battles held in the Colosseum but there also so many more. Such as the flooding of the Colossuem so that people could watch ship battles held inside. The Colosseum in many ways would also ask as a place to learn as never seen beasts would be showcased to the crowd. On average, the Colosseum would host around 70,000 people at a time making it the largest standing amphitheater still today.  Just book a Vatican & Colosseum Tour to learn much more with the help of our amazing tour guides who will bring the ruins to life.

If you truly want to soak in the spirit of the city which has such a magnificent past then you cannot skip these ancient sites. Pack your bags, book a tour with us and prepare yourself for the trip of a lifetime.