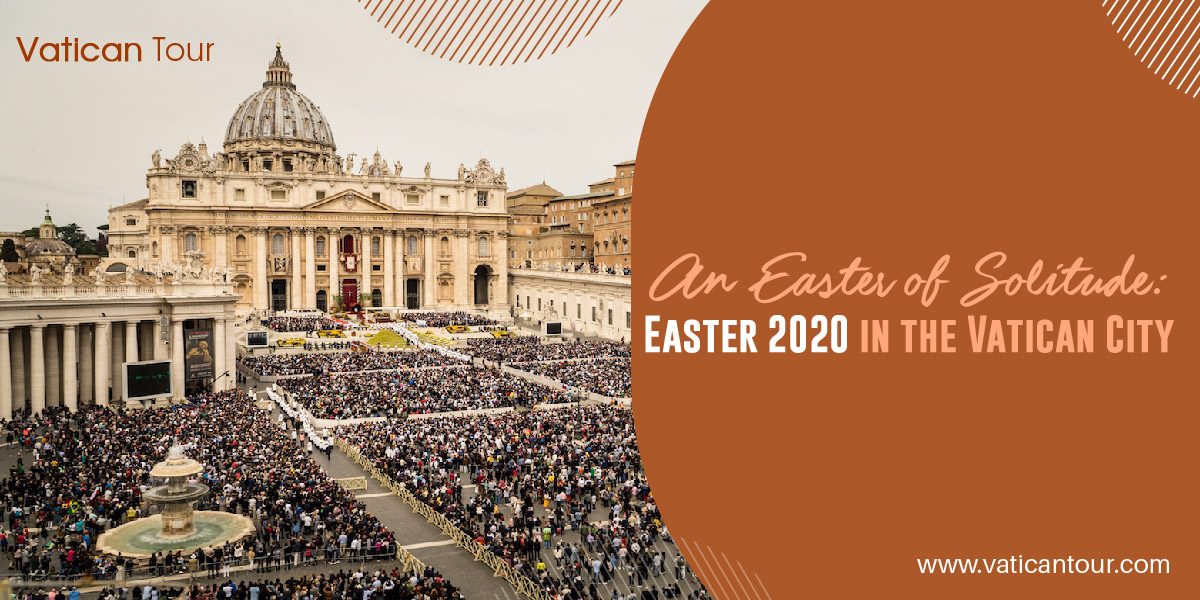 However, 2020 has been an unusual year. Pope Francis delivered Mass in the expansive St Peter’s Basilica, to a hall bereft of the faithful because of the coronavirus pandemic. In what was perhaps the quietest Easter Vatican City has ever seen, the Pope declared April 12, 2020 ‘An Easter of Solitude’.

As per Italy’s lockdown rules this year, people are not supposed to gather or move around in public places since the country has reported a high number of cases. As such, Easter was spent with a deserted St Peter’s Square open only to the Pope on April 12.

Last year, the same venue saw approximately 70,000 people gathered on Easter Sunday to hear the religious leader deliver his message to the world. Pope Francis chose to say Mass on camera this year, with his words live streamed to the world reeling from the deadly and contagious COVID-19 virus.

What the Pope Said

The Pope spoke about spreading the “contagion of hope” to “our whole human family”. Furthermore, he admitted that “this is an Easter of solitude” that has been observed by hordes of people affected by grief and hardship, both physical and economic, caused by the pandemic.

The Pope also offered his sympathies to the people most closely affected by coronavirus, those who succumbed to the disease and their family members.  He further added that God is with all of us and reassured people that they should not be afraid.

According to the Pope, the political leadership of the world should fulfil its duty of providing dignified lives and employment opportunities for all. We should always remember that this is “not a time for indifference”, he remarked.

He asked world leaders to assist the poor and the needy and to relax international sanctions so that all countries might be able to help their citizens. Lastly, he also expressed a wish for a “global ceasefire”, asking countries to end hostilities and conflicts around the world.

Easter was a solemn affair not only in Rome but the world over this year. Queen Elizabeth II gave her address on Easter assuring that Easter was not cancelled but in fact was needed more than ever now, admitting that this year Easter had taken on a different meaning for many of those around the world because of the pandemic. The archbishop of Canterbury, Justin Welby, conducted Britain’s first digital Easter Sunday from his home. He shared that it was a difficult time indeed in the life of the country and the world. So Rome was not alone in having observed a lonely Easter this year.