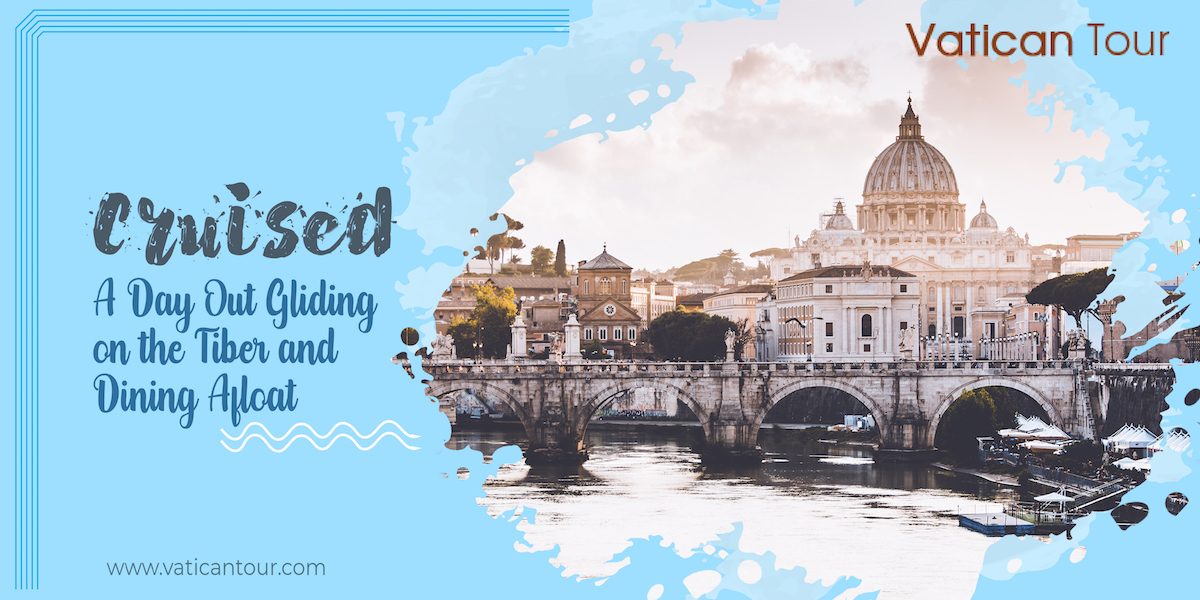 “Those graceful groves that shade the plain,

Where Tiber rolls majestic to the main,

And flattens, as he runs, the fair campagne” – Ovid, Metamorphoses, Book XIV.

Rome is a dream along the river Tiber. Founded in 753 BC, legend has it the founders of Rome, Romulus and Remus, were abandoned along the Tiberian waters.

The Tiber or Tiberis (Latin) is a historically popular river. Measuring around 405 km in length, the river rises from the heights of the Monte Fumaiolo. It flows through Rome and major regions like Lazio, Tuscany and Umbria before it meets the river Aniene, ultimately ending in the Tyrrhenian Sea near Ostia Antica.

Significance of the River

Founded on the eastern banks of the river, Rome owes its existence to the Tiber, the principal watercourse to the city. The river has not only been central to trade and commerce in the Eternal City but also marked the distinctive boundaries of Rome, leading to its strategic location.

River Tiber: Then and Now

The river Tiber has been both revered and feared throughout history. Though the river served as the only route to bring food and other goods into Rome for centuries, it was deemed non-navigable. Many also believed that its waters might be cursed and would eventually bring bad luck to those who navigated the river. Therefore, it was only after 2003 that new boats were launched both for Romans and other tourists to sail the historic Tiber once again. Since then, the ancient river has been attracting legions of visitors with its mythical charm.

Sailing on the Tiber and Dining Afloat

Along with the compulsory tours of the Vatican, Tours of the Roman Forum and the Trevi Fountain, sailing on the Tiber and dining near it will enhance your touring experience.

Here is a list of activities that you can partake in with Vatican Tour:

Cruising on the river to Ostia Antica, which used to be the seaport of ancient Rome, is an extraordinary experience. The ruins of the Ostia Antica, now an archaeological site, are a promising historical remnant that you should look out for on your tours of the Museum of Ostia, the ancient open-air theatre and more. Do read A Glimpse of the Shimmering Antiquities of Ostia Antica for a detailed overview of all the sites you can visit on this tour.

Ride along the river

Cycling past the beautiful bridges, Ponte Sublicio and the Bridge of Holy Angels, along the meandering river bank under the changing sky can be the experience of a lifetime. Talking of bridges, do checkout the 3 Most Romantic Bridges in Rome You Must Cross In Your Lifetime to enrich your visit.

Opt for a hop-on hop-off boat cruise to take in some of the major attractions in the Eternal City along the waterway like Castel S. Angelo and the famed island, Isola Tiberina.

Dining along the river Tiber and soaking in the breathtaking views of the Roman cityscape painted in the evening lights is an experience mere words cannot describe. You can also avail yourself of the wine cruises and aperitivo cruises that are conducted every day on the river to best utilise your Vatican Tours.