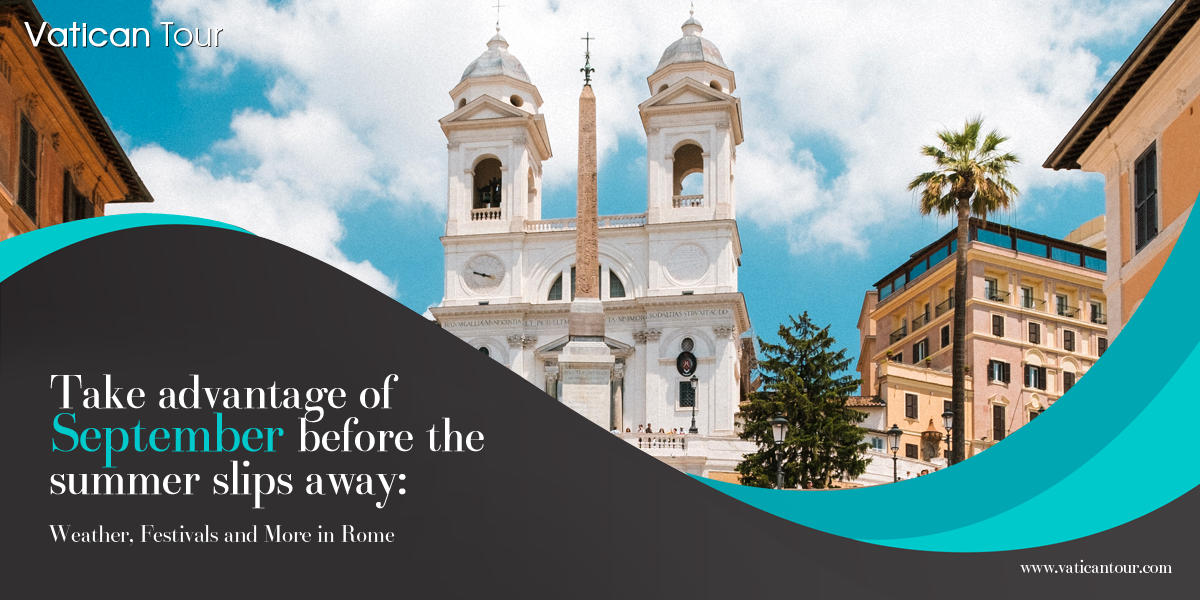 The sultry summer months of July and August make Rome feel like nothing short of a furnace. But even in the heat, you of course still want to explore the city and there is no better way to do so than with a Rome Evening Tour, visiting the cities must sees while avoiding the daytime heat. Interestingly, August is devoid of the crowds of visitors that make their way all over Italy throughout the year. This is mostly because of the intense heat searing the city. make sure you check out our take on Rome In Summer: 5 Ways To Beat The Heat.

However, upon the onset of September,with temperatures significantly dipping down, the Eternal City begins to bubble with renewed energy as Romans return from their summer holidays and get back to day-to-day life.

Thus, with the slightly coolerarrival of September, you cannot help but seize all of it!

With the summer fading away, September offers hot days and cooler nights making it a great time to visit.

All of these make Rome host a whole lot of events during this time, here are a handful of them.

From watching movies outdoor to visiting countless fairs of art and craft, September can keep you busy enjoying life:

So, hurry up to enjoy Rome celebrating in September! Book the best family tours in Rome now to steal amazing deals!

Vatican Tours with "Official VIP Entrance"(Skip the line) available at Promotional Prices and Discounts available up to 40%.

VaticanTour.com is operated by Maximus Tours and offer the finest services with official recognition, followed with all major reviews sites.

First Class Private Vatican Guided Tours at affordable prices with elite guides ready to offer their knowledge and passion for the "Eternal City".

Visit the Vatican and let our experts official Guides give you an "Unique and Unforgettable Life Experience!!