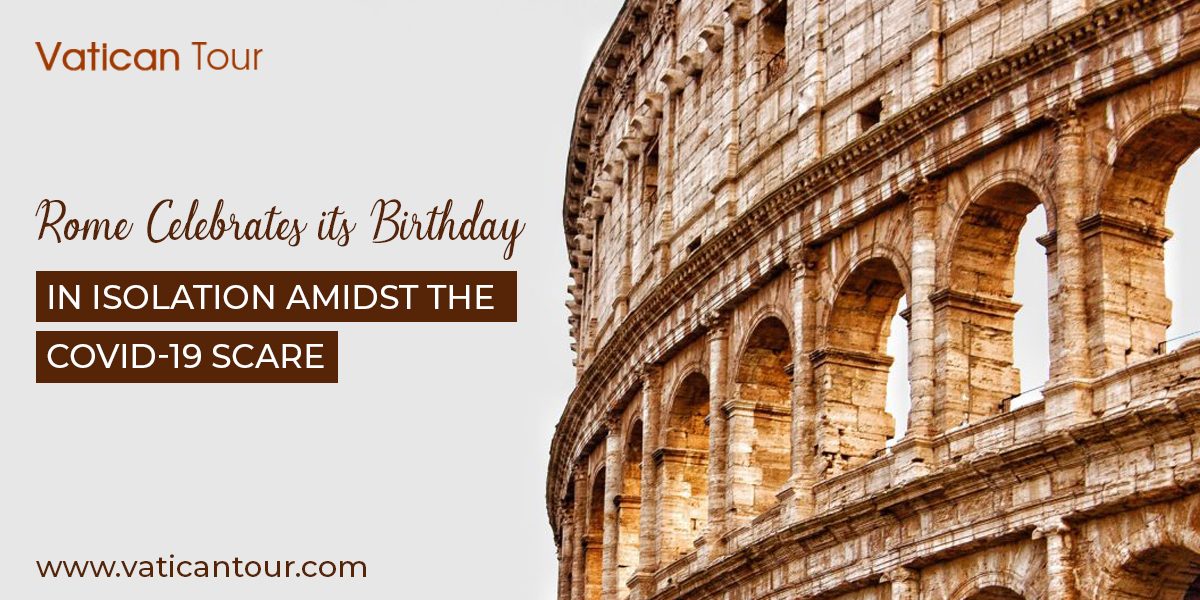 Rome is a city of legacy. Known for its artistic and architectural masterpieces, fantastic fountains and beautiful churches, it is typically jam-packed with tourists flocking in from different corners of the world.

A simple walk along the cobbled roads, past popular sites like the Pantheon or tours of the Roman Forum will offer you a look into some of the treasures that Rome has been guarding through out history.

Appropriately dubbed as the “Eternal City”, Rome is still one of the best tourist destinations in the world. It is a bubbling centre of activity with around 9 million international tourists visiting the city each year. But sadly it was left all alone this year, celebrating its 2,773rd birthday in isolation.

Romulus and Remus, twin brothers, founded Rome back in the year 753 B.C on April 21, according to the popular legend, and since then, the date has been joyously celebrated as its foundation day.

Each year Rome commemorates the anniversary of its with extravagant parades, with actors draping themselves as Vestal Virgins, and costumed senators and centurions also join them in their traditional march.

Further more, gladiatorial fights and pre-Christian traditions are conducted, closely modelled on those performed in Imperial Rome. Additionally, it is also a unique occasion where the mayor of the city delivers a state-of-the-city address.

However, plagued with the dreaded COVID-19 and the ensuing lockdown across the country, Rome observed a silent anniversary on April 21, 2020.

Time has been harsh on Rome, but the fact that it has preserved its riches so well down the ages is what thrills us every time we visit the city. It has endured dozens of plagues and pandemics throughout the centuries but never has it been as lonesome as it is now.

Italy was one of the earliest countries to bear the brunt of the coronavirus, and the state of affairs gradually worsened until it became clear that a complete lockdown was the only solution.

Thus, six weeks into its first countrywide lockdown, Rome enjoyed a peaceful retreat on its birthday, as locals reflected on its rich history from inside their homes.

All About This Year

Though the streets of Rome seemed vacated, the churches abandoned, the majestic buildings and sculptures talking only to themselves about the dire days of the present, neither Rome nor Romans lost their spirit.

Roman mayor Virginia Raggi addressed the Romans and the world with messages steeped in hope and bold optimism. “Despite everything that is happening, we want to send out a message of hope and courage: together we can pull through,” Raggi said.

She further remarked that Rome and Italy have confidently withstood the wrath of the ages, and the times will undoubtedly get better.

Like many cities around the world, Rome has been enduring a terrible plight since the onset of the dreadful disease but it seems the anniversary of its birth has brought some good luck not only to Rome but also to Italy. The country has experienced a steep decline in the COVID-19 cases recorded since Rome’s anniversary. Though Rome is not yet open to international visitors, we look forward to the time admirers will return to enjoy the best family tours in Rome and guided tours of the Vatican.