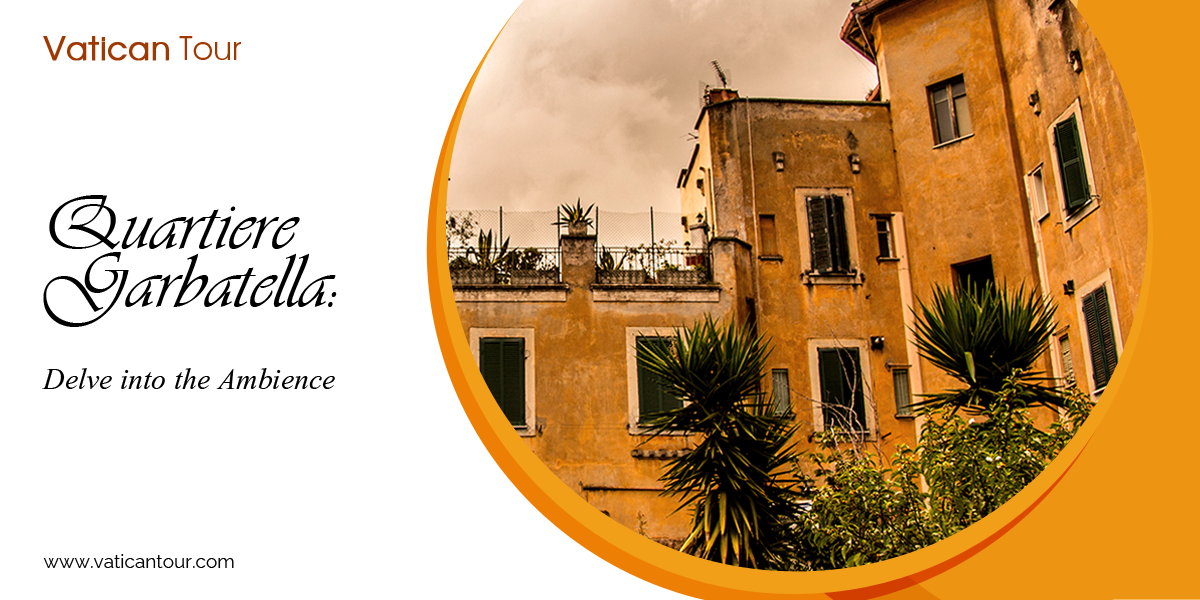 “Il quartiereche mi place plù di tutti è la Garbatella”, says the protagonist of the 1993 movie Caro Diaro, while riding through Rome on a scooter. This roughly translates as, “The neighbourhood that pleases me most of all is Garbatella”

A Quick Dive into the Place and its History

Garbatella was set up in the 1920s in the Ostiense quarter of Rome. This place is grouped among the urban zones of the Eternal City with a population of around 45,000 people.

The older section of this Roman neighbourhood is segmented into various lottos or groups, clusters of buildings combined around a common yard. This place largely draws upon the Garden City Movement of England. Next door, you will find the Basilica of Saint Paul Outside the Walls.

Now, if you are still wondering why to visit this amazing neighbourhood of Rome, here are a few more reasons:

You might gaze at present-day Rome and be amazed at how the ancient buildings and ruins of the city are craftily juxtaposed against the modern-day architectures. Nevertheless, the capital of Italy has always been a montage of marvels, among them is the Centrale Montemartini.

This place displays a commendable collection of sculptures available for public viewing. The “Machines and the Gods” is a temporary exhibition here, where you can witness ancient art in the lap of the industrial surroundings.

The innovative thinking and the awe-inspiring art of yesteryear are paramount in bringing the lesser-known district of Garbatella to prominence. With the Tours of the Roman Forum, you can explore all of these and more.

If you are crazy about performing arts, music and theatres, then this is the place you should head to.

AmraallaGarbatella is known as an independent entity of Rome dedicated to theatre, cinema and music. You can attend any of the various theatrical performances hosted regularly. Besides, you will find spectacular art fusion shows going on year round.

Furthermore, with a reading room and L’Ambretta, the integrated restaurant of the theatre offering you your dinner and drinks, you can enjoy a complete Odyssey of art and culture!

The innovative DNA-like construction of Ponte Settimia Spezzichino will surely get you thrilled on your way to Garbatella.

This is an arched bridge of white steel built in honour of Settimia Spizzichino, the lone survivor of the Jewish deportation to Auschwitz and is a marvel on its own.

Besides, being a modern wonder, this bridge is a thriving route for hundreds of cars, cyclists and pedestrians into the independent district of Rome.

Basilica of Saint Paul Outside the Walls

Lying adjacent to the hill where the estate of Garbatella is set up, you can discover the Basilica of Saint Paul. It is one of the four prominent churches governed by the Holy See and is allegedly built over the resting place of St. Paul.

This basilica is famous for its mesmerizing architecture and the generously decorated church which dates back to the fourth century. Along with its chapel of relics and the tombstone collection, it also houses the tomb of St. Paul.

So, hurry up and get in touch with the best Vatican & Colosseum Tour in town for a wholesome experience!