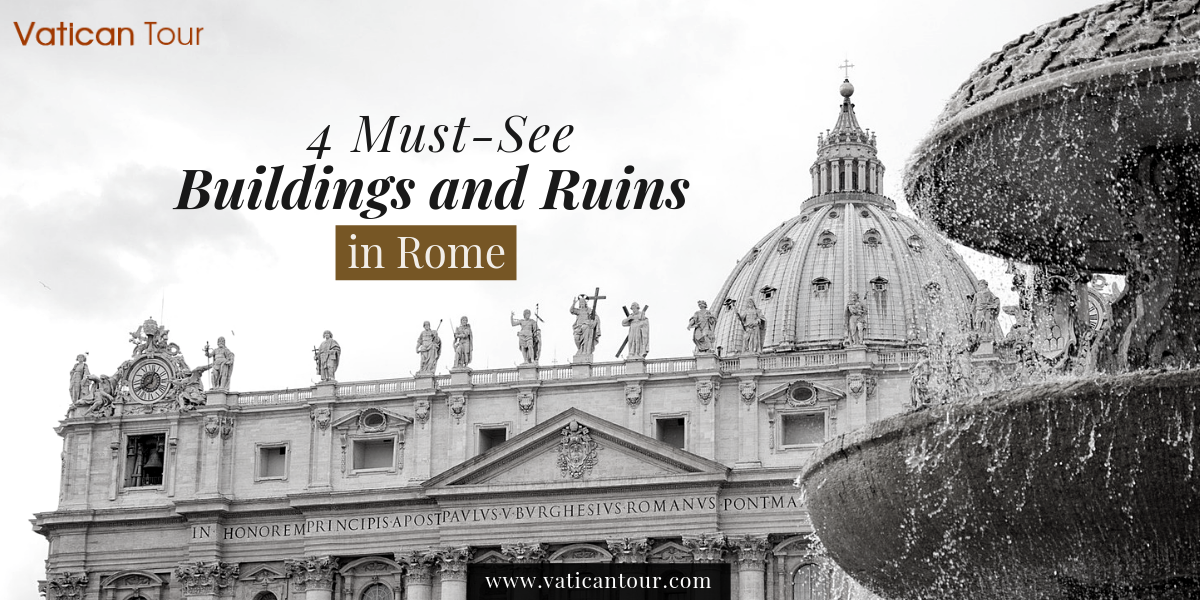 Rome’s cityscape is straight out of a painting: whether you walk down the rustic medieval lanes, admire the peeling terracotta patina or laze around the sprawling piazzas, you will stumble upon magnificent structures at every step. No wonder, the city is awash with countless architectural masterpieces. Below we’ve compiled a list of the 4 most impressive buildings in Rome.

Rome’s most recognizable building since 80 AD, the Colosseum, previously known as the Flavian Amphitheatre is irresistibly timeless. The gleaming travertine marble, the massive underground complex and the sheer size are testimonies of illustrious Imperial Rome. Two thousand years on and it is still the largest amphitheatre in the world, built with a seating capacity of 70000 spectators! Plus, some of the greatest gladiatorial battles were fought within its blood-soaked walls.

However, don’t let long queues put you off; book tours of the Colosseum. Filled with interesting historical insights and anecdotes, they guarantee you a high-quality interactive experience at amazing prices. 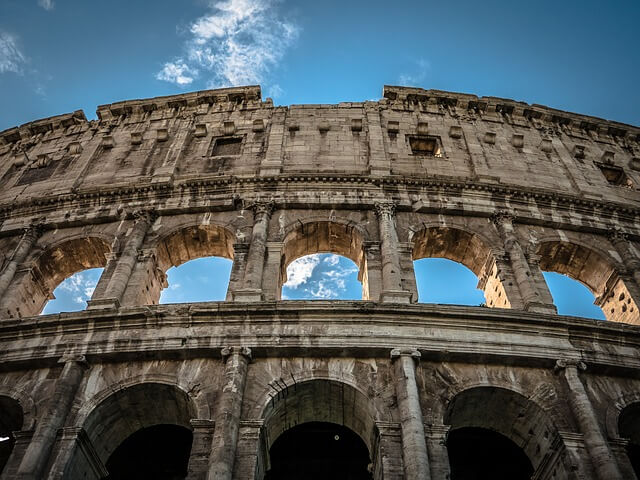 Also called the Hadrian’s Mausoleum, Castel Sant’Angelo is an iconic cylindrical fortress situated along the banks of the Tiber close to the Vatican City. Emperor Hadrian authorized the construction of this massive mausoleum between 123 and 139 AD. It was originally built as the final resting place for the emperor himself and his family, but throughout the decades, the castle served many purposes, such as a fortress, a military garrison and even a papal residence.

Currently, it’s a museum – exhibiting a unique collection of paintings, sculptures and military artefacts. The ramparts, grounds, libraries and art galleries are all open to the general public. 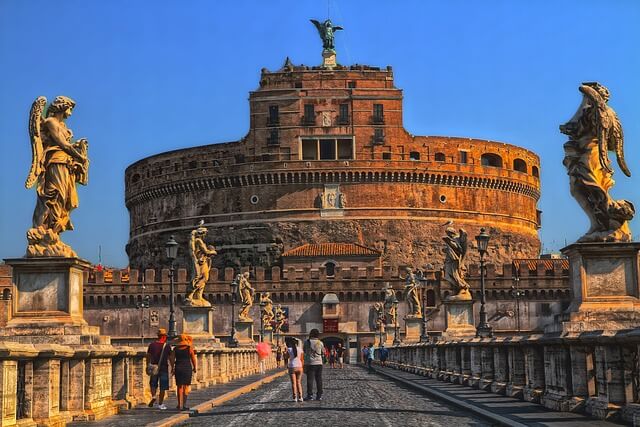 A treasure trove of artistic marvels, St. Peter’s Basilica, lording over the city skyline, is one of the holiest Catholic shrines in the world. Built atop the necropolis of the apostle Saint Peter, the basilica is an absolute wonder to behold.  Inside, you will find some of the most celebrated works of art, including Michelangelo’s Pietà, Bernini’s bronze canopy, baldachin and Bramante’s lavish window-lined dome.

In fact, it is quite difficult to decide where to look first because every inch of the church is teeming with gold and marble. The exterior is nothing less either; with an enormous colonnade of 140 statues, a sky-piercing obelisk and two ornate fountains, the elliptical St. Peter’s Square is a treat for the senses. 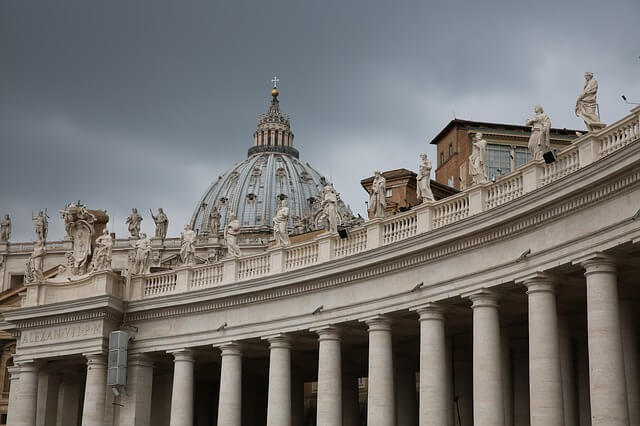 Looking for a breather from the daily urban grind? Head to Casino del bel Respiro shaded by majestic umbrella pines. The walk can be a bit tiresome as you have to meander through the fields of the Villa Doria Pamphilj, Rome’s largest park, but in the end, you will be rewarded with the resplendent views of a white stately building surrounded by manicured gardens peeking over the high stone walls.

You’ll have to admire the swirling hedges and carved figures and scrolls encircling the villa from a distance. The inside is as lavish as the outside but, unfortunately, that’s left to one’s imagination… The ornate villa is not open to the public; the summer residence entertains official state visits only. 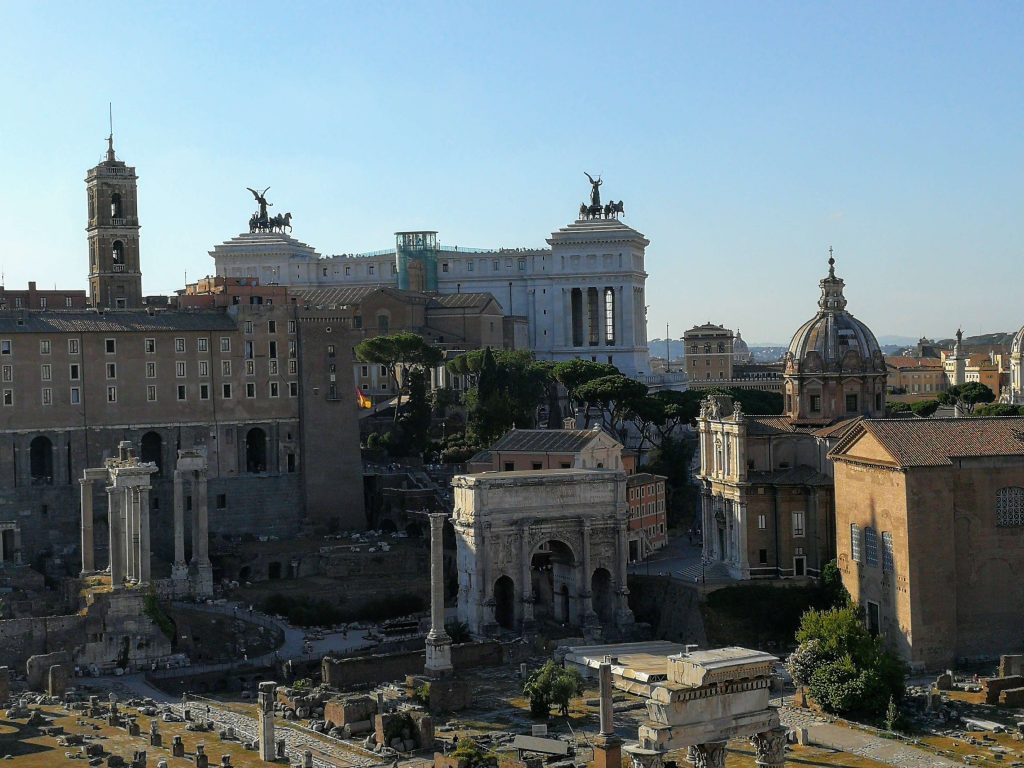 Interested in Roman architectural legacy? Drop by Vatican Tours; our expert guides ensure you soak in the splendour of the ancient Roman sites at your own pace minus the swarming crowds. Their superior storytelling skills and incredible knowledge about Rome are absolutely praiseworthy.