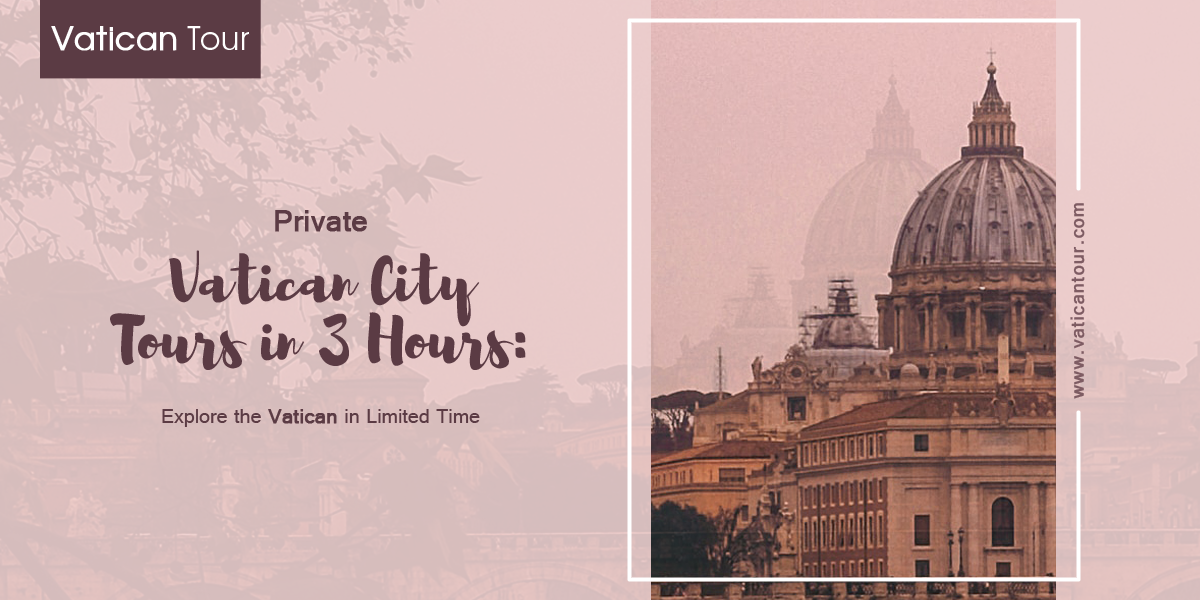 Did you know the entire Vatican City State exists within an area that is only a bit more than 100 acres, making it the smallest sovereign state? In fact, it is also the smallest country in the entire world. But that does not impede the popularity of Vatican that it enjoys!

The stronghold of imperial Rome, flourishing under the absolute rule of the Pope and the splendid artistic and sculptural masterpieces found all around the country, makes a trip of the Vatican City paramount in importance.

Are you a little afraid of planning your Vatican City Tour due to the short time that you can devote to it? Then look no further, because with the Best Vatican City Tours, you can find the package that best fits your needs!

However, if you want a short and comprehensive trip of the Vatican City State, then the following lines will take you through all that you can expect.

The eternal carvings and the painted wonders of the museums from the distant Renaissance period will surely astound you with their magnificence. In addition, the paintings of Michelangelo on the ceiling of the pristine Sistine Chapel and the remarkable frescoes of the Rafael Rooms will leave you awestruck.

To explore all of these and more, check out our tailored Vatican and Sistine Chapel tours.

One of the most sacred Catholic churches and a world-renowned site for pilgrimage, you cannot really skip St. Peter’s Basilica.

Remodeled between the 16th and 17th century by celebrated architects, St. Peter’s Basilica stands on the burial site of St. Peter, one of the prominent disciples of Jesus Christ, after whom it is named.

Inside the basilica, you can marvel at its unique dome, designed by Bramanteand Michelangelo, among other artists and sculptors of universal repute.

The St. Peter’s Baldachin of Bernini, the Pieta by Michelangelo and the statue of St. Peter on the throne,are some of the star attractions along with innumerable others, inside the capacious confines of the basilica.

AN INSIDER’S GUIDE TO ST. PETER’S BASILICA can be quite insightful if you want to know more.

Right from the top of the dome of St. Peter’s Basilica, you can have a breathtaking view of the St. Peter’s Square, probably the most famous square in the whole world.

Designed by Gian Lorenzo Bernini, Piazza San Pietro or St. Peter’s Square boasts of its enormous size, which can host more than 300,000 people. A towering obelisk stands in the centre, which is flanked by two fountains, one by Bernini and the other by Maderno.