Exploring St. Peter’s Basilica is an absolute must-do when in Rome. Not only is it ornate and spectacular, but it is the classic symbol of Catholicism. Constructed over the tomb of St. Peter, the 2000-year old basilica draws thousands of tourists and worshippers from all over the world. Nevertheless, a visit to St. Peter’s Basilica is an overwhelming experience, especially during the peak season. Navigating through the labyrinthine corridors while being squashed by legions of tourists feels like an ordeal. Read on to know what to see and do when visiting this majestic Papal Basilica. Hope this quick guide is of help to you! 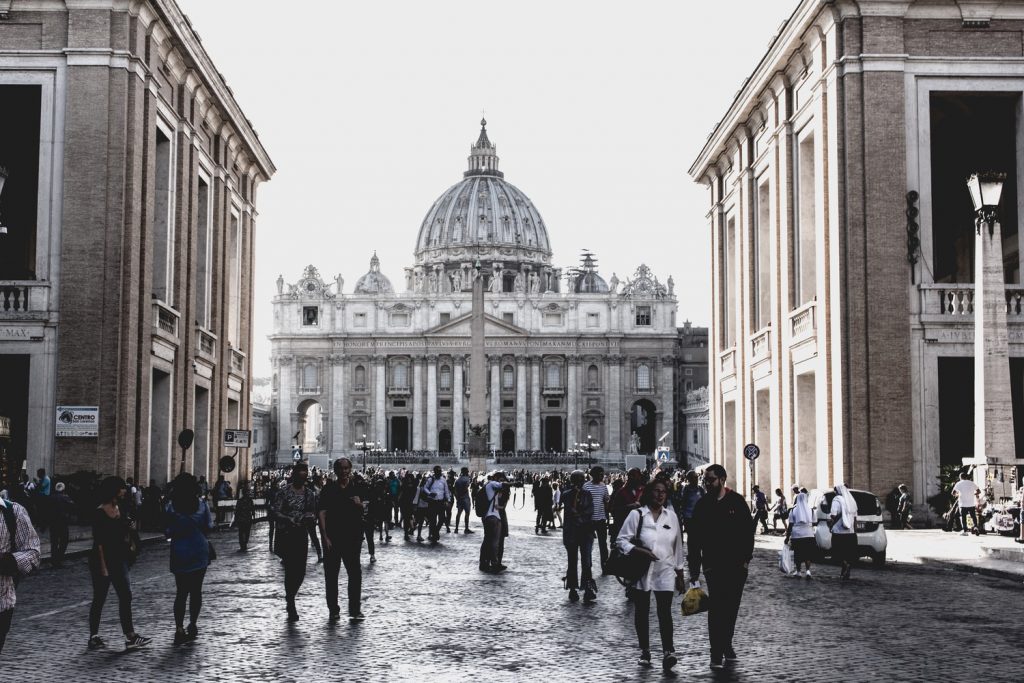 Following Catholic tradition, St. Peter’s Basilica sits upon the ancient burial site of the first bishop of Rome and one of Jesus’ 12 apostles, St. Peter. It is his final resting place as well as that of many past popes. The inside of the basilica is almost as interesting as the history behind its construction. Various famed Roman Renaissance maestros helped shape the architectural layout of the Basilica. However, Raphael, Giacomo della Porta, Donato, Bramante and Michelangelo were the key contributors. Don’t miss admiring their awe-inspiring works of art, especially Bernini’s bronzed canopy Baldacchino and Michelangelo’s Renaissance masterpiece, Pietà; they exhibit incredible craftsmanship and finesse. 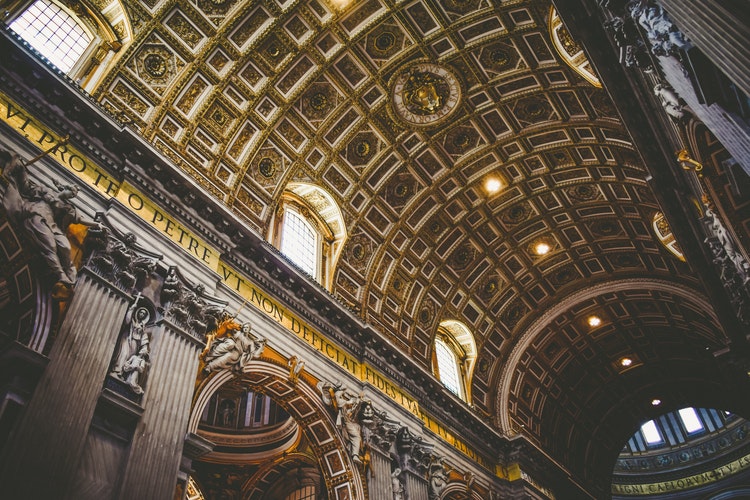 There are two levels underneath St. Peter’s Basilica; the first one is the Vatican Grottoes and the level extending below it is called the Vatican Necropolis. Together they are known as the underground Scavi Complex. In the Vatican Grottoes, you will find 91 tombs of popes including that of John Paul II, whereas the latter houses St. Peter’s Tomb as well as the holy shrine of Emperor Constantine, buildings, underground fountains and a medieval graffiti saying ‘Peter Is Here’. They are best explored with Vatican City guided tours. 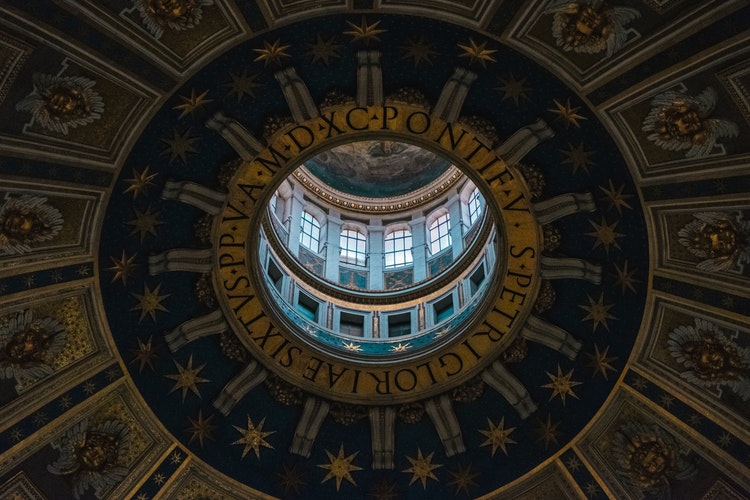 To attain a whole new perspective on the Basilica, head skyward to the Cupola. Climb 551 steps to reach the pinnacle of the dome or take an elevator halfway up and then ascend the last 320 steps; the bird’s eye view from the top overlooking the Vatican City is simply breathtaking! You can even marvel at the splendid vista of the altar and the nave below. The Michelangelo-designed dome rises up 450 feet making it the tallest structure to dominate the city skyline.

If you are in Rome and want to see the pope, your best bet is to take part in an audience. Every Wednesday morning, His Holiness Pope Francis holds a Papal Audience in the sprawling St. Peter’s Square. It lasts for a couple of hours and attracts a heavy footfall. The ceremony begins with a humble greeting in different languages and concludes when the pope showers his Apostolic Blessing over the gathered crowd. In between, expect small readings and teaching sessions, all orated in Italian. The papal audience tickets are free but you have to make an early reservation to avoid the rush. 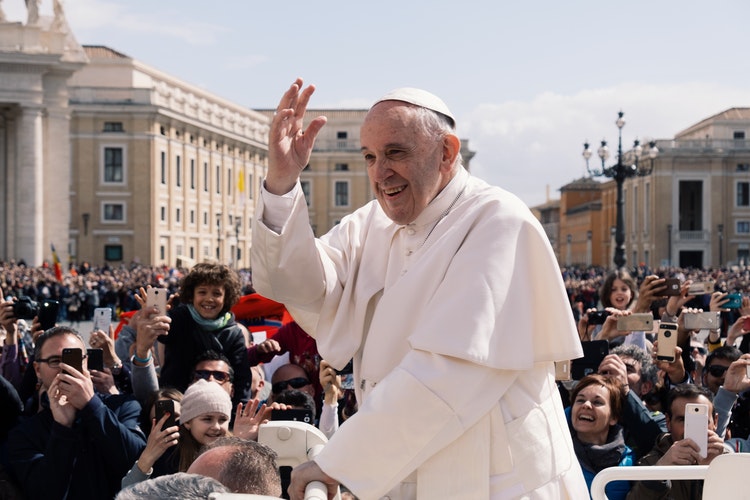 For more information on general audience or to combine your Vatican City tours with audience with the pope, reach us at Vatican Tours.