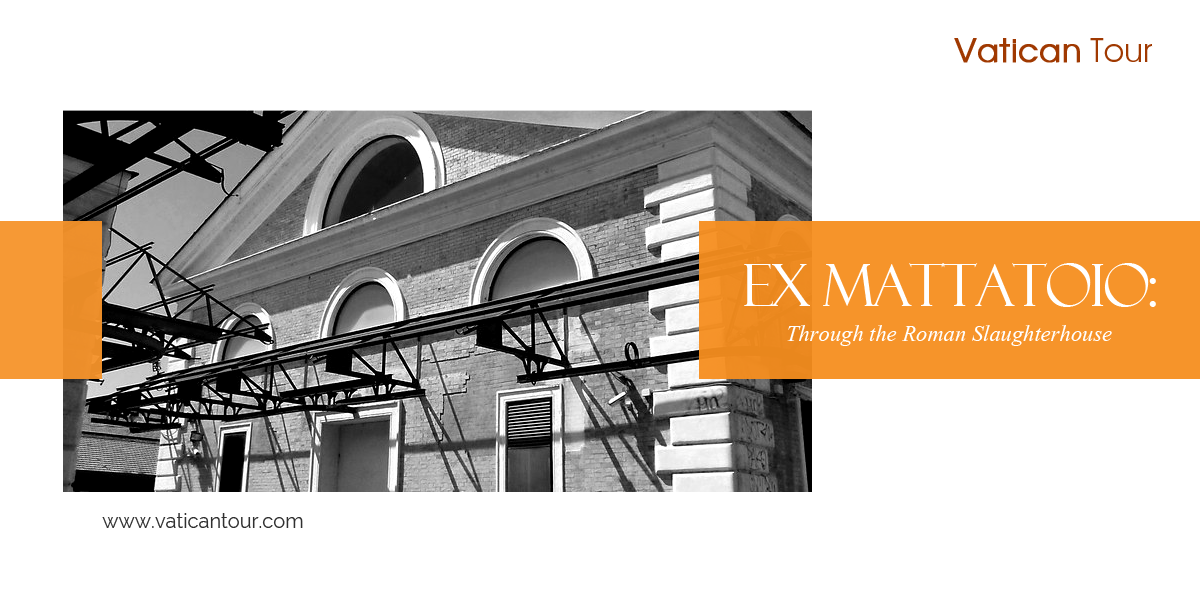 You might know of Rome as the Eternal City with a glorious past but there are a myriad of mysteries buried within it which even the locals are rarely aware of.

Rome is undoubtedly a gallery of masterpieces, studded with the precious paintings and artworks from the Renaissance period. Among numerous other tourist destinations within the city limits, a visit to the Colosseum, Tours of the Roman Forum and Vatican City tours are simply outstanding! The gurgling fountains and magnificent piazzas join in to offer refreshing breaks throughout your wholesome visit of Rome.

However, aside from the “must-sees” of the city, there are countless places and charming neighbourhoods that will leave you spellbound. One such place is the lesser-known Ex Mattatoio.

Ex Mattatoio and its Past

You might have already heard of Testaccio, but do you know it is home to what used to be the largest slaughterhouse in all of Europe?

Piazza del Poppolo, the centre of Rome, was once a popular place for meat. However, with the rapid rise of the overall population of the city, the demand for meat increased. Moreover, a slaughterhouse in the centre was deemed unfit by many. This led to the inauguration of the Mattatoio in 1890, which was then considerably larger and towards the outskirts of the city. This was not an inconvenient location for a slaughterhouse: it was not too far from the city center and, incidentally, it was in proximity to the meandering river Tiber. This proved wonderful for the contemporary Romans, who could easily import livestock in exchange for the meat products.

The Construction and the Regular Business in Ex Mattatoio

Ex Mattatoio was planned precisely, with dedicated sections for each kind of meat. Pork, veal, sheep and goat meat each enjoyed their own section.

It was equipped with advanced machinery, such as the large meat hooks that carried the carcasses of the animals throughout the complex, which reduced issues of handling and contamination. There was even an on-site microbiology lab for the analysis of meats to maintain the overall quality of the meat.

Though the location was decided strategically, it was not near any residential area. Hence, it was difficult for the workers to come and go each day. So, a box-shaped public housing with communal courtyards was built as a place where the workers could live in.

The workers of the slaughterhouse were generally very poor and but they were not denied the meat they handled regularly. Wages in-kind were common those days. They were given the offal, known in Italian asquinto quarto or fifth quarter.

The District as it Now Stands

At its peak, Testaccio’s slaughterhouse was the largest in Europe. It was also one of the most technologically advanced slaughterhouses. However, the place was decommissioned in 1975 and continued to be vacant for many years.

However the middle-class neighorhood continued to thrive. Though much of the space remains empty now and shut off from public viewing, a part of it is used as a contemporary space for arts, while another part of the building turned into a school of architecture.

Cittàdall’altraEconomia is the place located behind the main building where the animals enjoyed their limited freedom in pens. Now you will find a hipster bicycle shop and an organic market in the wide open space. Besides, you can also be a part of the regular events like vinyl record sales, food carnivals, beer festivals and more. It is interesting how Ex Mattatoio has transformed from being a slaughterhouse to a place of heritage and it will be interesting to see how it continues to be used in the future. So, hurry up and book the best family tours in Rome and explore SECRET ROME: A GUIDE TO THE CITY’S MOST OFFBEAT PLACES.