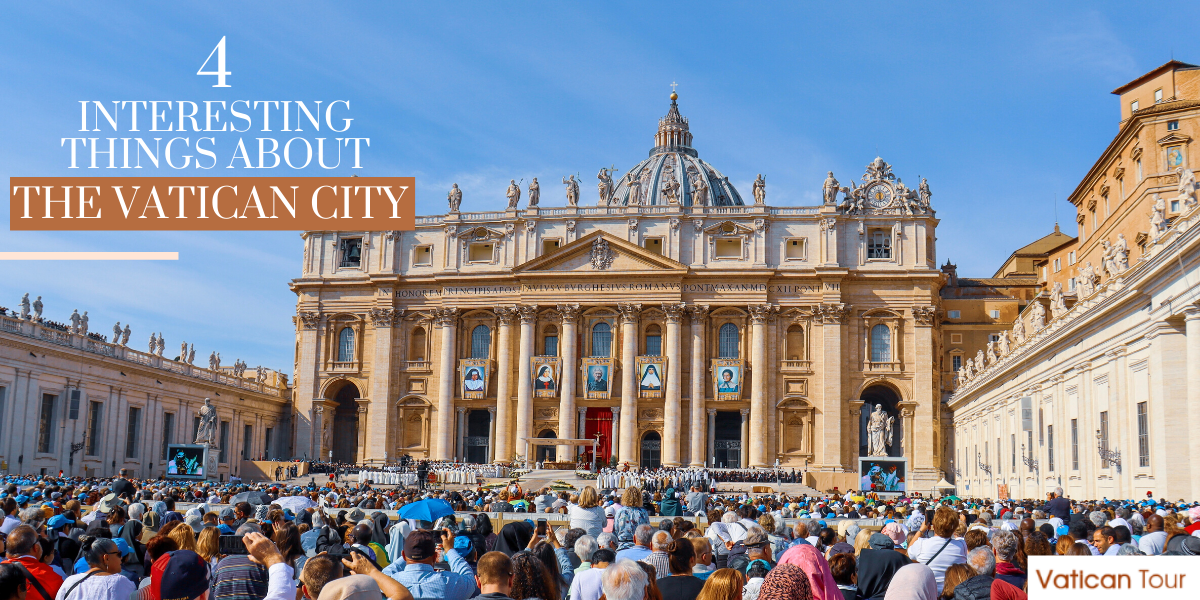 Also widely referred to as the Holy See, Vatican City is the tiniest sovereign state in the world. Few landmarks can rival its astonishing religious and artistic heritage. Though small in size and population, every corner of the Vatican seethes with time-honoured traditions and jaw-dropping artworks. Exploring this blessed land is no small feat; that’s why we suggest our best Vatican City tours equipped with expert guides and skip-the-line facilities. However, before that, let’s uncover 4 important things about the Vatican that will help you gain a new perspective and understand the city’s terrific past, in a better way.

The Vatican was not used as the Papal Residence from the beginning.

The history of the Vatican has always been shrouded in mystery. Nevertheless, there’s one thing that we know for sure: the popes didn’t start living in the Holy See as soon as the Roman Emperor Constantine recognized Christianity in 313. Instead, they lived in various parts of Rome and central Italy.

Vatican City was used only for ceremonial purposes until the 14th Century. As of 1377, it started serving as the papal residence and official seat of the Holy Church.

St. Peter’s Basilica is constructed right above the Roman necropolis.

One of the most fascinating things about the Vatican is that there lies a cemetery of pagan origins right beneath the grand basilica of St. Peter’s. It is believed that St. Peter, the first bishop of Rome, himself was buried here after being crucified by Emperor Nero. Later, in the 4th century, Emperor Constantine began building the original basilica above the ancient graveyard keeping the grave of St. Peter right in the middle.

Tombstones of numerous popes and wealthy Romans are found inside the Vatican necropolis and hence, an encompassing Vatican private tour is recommended.

The Vatican has a secret passageway that was used as an ‘escape route’ for popes during emergencies.

In 1277, Passetto di Borgo, an elevated, half-mile-long passageway, was constructed to connect the Vatican City with the heavily-guarded Castel Sant’Angelo. The purpose was to protect the popes and lead them to safety. Till now, two popes, Pope Alexander VI and Pope Clement VII are believed to have escaped through this route in desperate situations.

You can actually ‘meet’ the Pope!

No matter how religious you are, meeting the pope in the Vatican is a one-of-a-kind experience. All you need to do is make an official request for a papal audience and book the tickets well in advance. The process of receiving an audience with the pope is surprisingly simple. Plus, the ticket to the audience is free of charge. For more information, click here www.vaticantour.com/papalaudience

Papal Audiences are held almost every Wednesday and continue for an hour or two. Just show up on time; the audience takes place in St. Peter’s Square in the summer and Audience Hall in the winter. However, make sure you are properly dressed: you will be prohibited from entering the Vatican with bottoms that do not cover your knees and tops that do not cover your shoulders.

In our opinion, a trip to Rome remains incomplete unless you explore the glorious Vatican. Book Vatican City tours early and see how history comes alive!