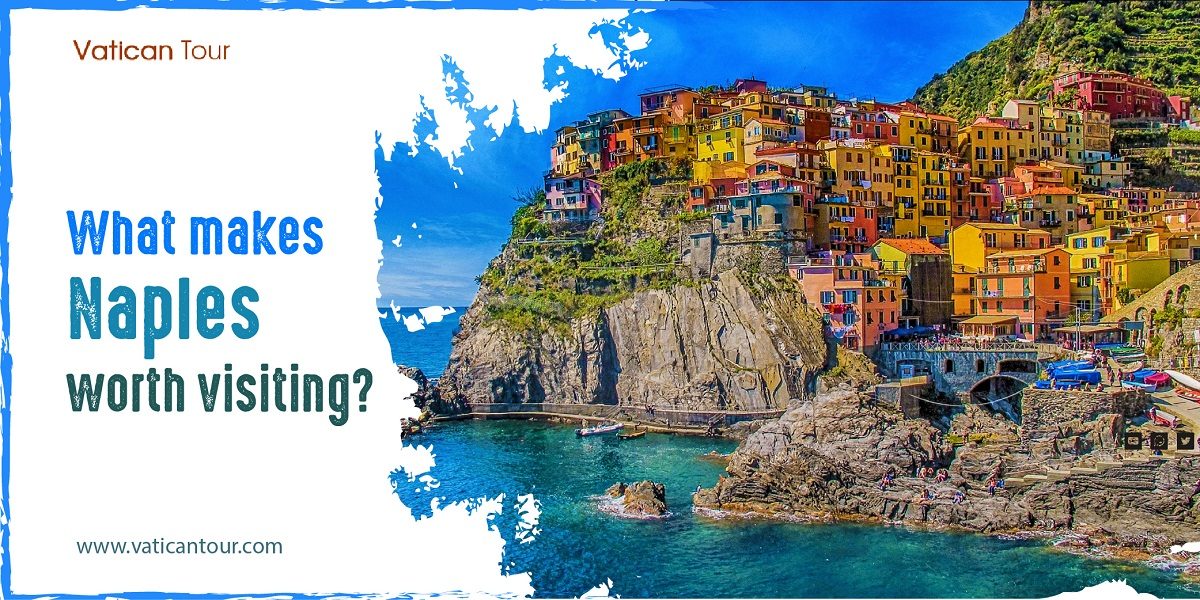 If you have toured Rome for a couple of days and are looking for a diversion in your itinerary then you should be thinking of taking a road trip to the Amalfi Coast or the Ruins of Pompeii. With the famous tours of the Vatican or the best family tours in Rome, you must have had your fill of the sights and sounds of the Roman cityscape, its palaces and its piazzas, its restaurants and its beautiful neighbourhoods.

However, what few must have recommended you to try is a trip to Italy’s third largest city, Naples. While Naples usually figures as a springboard for tourists arrive by cruise ship, and aiming to cover the Amalfi Coast and the ancient ruins of Pompeii, the city is well worth a visit in its own right. Here is a list of reasons why Naples should be added to your itinerary.

Being the birthplace of the Neapolitan pizza, as you can imagine, Naples takes pizza preparation much more seriously than the rest of the world. There are stringent rules for pizzaioli (pizza makers) in the city with an official body ensuring pizzerias meet the minimum requirements to obtain official certification. Made with the best dough, stretched to just the thickness prescribed officially, pizzas here are a food lover’s delight. Rest assured, you are devouring the best pizza, with the best-certified mozzarella di buffalo (buffalo milk mozzarella cheese) and special variety of local tomato available, in this part of Italy. Moreover, expect the most expensive pizzerias to charge you no more than ten euro for a personal mouth watering pizza.

Naples serves as a base for holidaying along island resorts like Capri and Ischia. It is also close to the beautiful and quaint city of Sorrento. All of these spots are just a train, boat or car ride away and each doable as a day excursion. Another site worth visiting is Subterranean Naples, a world far removed from the bustling and traffic laden upper city. The complex web of caves, Napoli Sotterranea, 40 meters underground, is an archaeological site built more than 2000 years ago.

Rome has over 900 churches for you to be wonderstruck by. But the churches of Naples are worth a visit for the sheer beauty of the experience, far from the tourist crowds of Rome. The city’s heart is a UNESCO World Heritage Site that dates back to 470 BC and it is home to three ancient castles. Besides, there are piazzas (and pizzas) at every corner of the city for you to stop at to enjoy a frizzy Aperol Spritz and people-watch. A two-mile long promenade populated with restaurants and street side shops is an equally exciting venue for an evening out by the sea.

The subway train stations in Naples are artistic wonders in themselves, some of them designed by Italy’s most famous artists and architects. The museums in Naples are must visits, especially the Naples National Archaeological Museum that houses the world’s largest collection of artefacts from the Roman Empire. And if you have a taste for good music and operas, you will be delighted to know that the exquisite and charming Teatro di San Carlo, Italy’s oldest opera house, still caters to audiences. Naples gives you a glimpse into Roman life like few other cities do because it is less crowded and off the marketed tourist circuit. So, do not just hang around the Roman cityscape like most tourists do. Explore beyond and expect to be enriched, both culturally and aesthetically, in more ways than one.