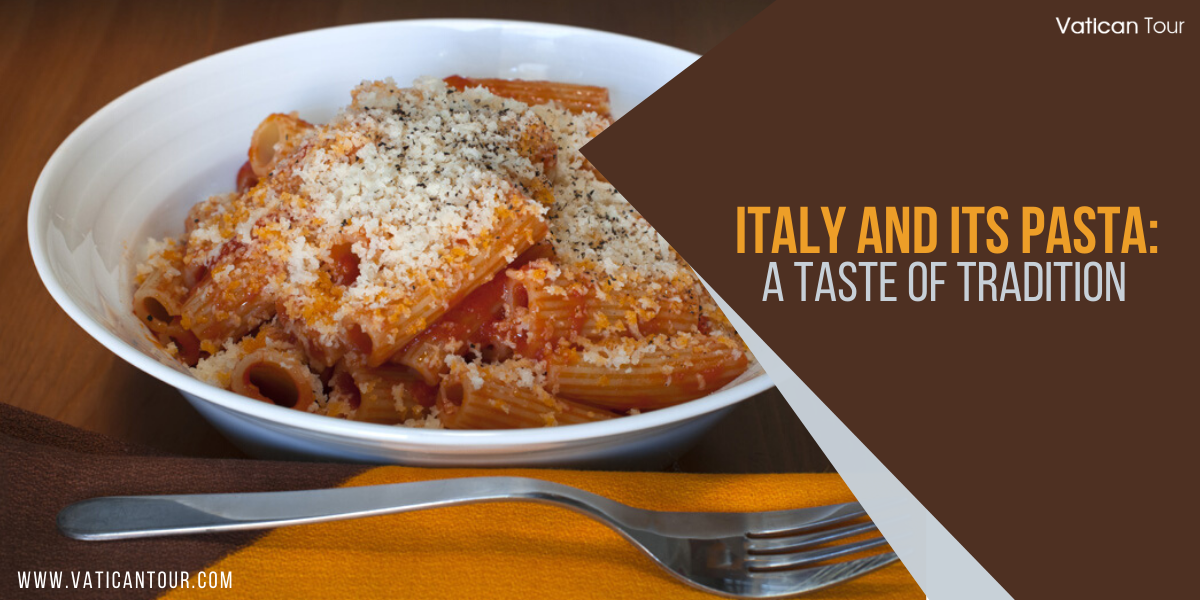 Italy and its rich heritage have always been a topic of the global discussion. Its magnificent churches, stimulating museums, cobbled roads and charming fountains are just a few of Italy’s famous features.

The Vatican Tours, Tours of the Trevi Fountain, Vatican & Colosseum Tour, and private tours of Rome for families can all help you attain your dreams of Italy. However, no experience of Italy is complete until you have indulged in its famous cuisine!

Millions of tourists make their way to Italy, not just to satiate their visual senses, but also to treat their olfactory and gastronomic cravings. Being one of the leading food capitals of the world, Italy never fails to delight its guests with the best it can offer and neither do we! So, let’s start with its distinctive pasta.

Here we will delve into the tradition of pasta and discover a couple of pasta delicacies that are unique to Italy.

Pasta and its History

Did you know that Italy is the world’s largest producer and consumer of pasta, with roughly twenty-five kilos consumed by every individual?

Pasta might be a meal for you, but for the Italians it is the customary primo or the first course of meal. And, Italians will habitually eat pasta more than once in a day.

Legend has it that pasta was introduced by Marco Polo, after returning to Italy from one of his Chinese tours back in 1271. However, the Romans were known to have it even before that. Pasta has been a favourite of the Roman Cicero himself, who speaks about his love for the “laganum”, the “laganas”, which are strips of long pasta. This was all from the 3rd century B.C. and needless to say, pasta has evolved a lot since then. But throughout the centuries it has always remained among the most enjoyed dishes for the Italians.

Pasta Dishes that have Stood the Test of Time

Though most of us think tagliatelle al ragù is the same as spaghetti Bolognese, the signature dish from Bologna bears little resemblance with the latter. For starters, you will never get this Italian meat sauce with spaghetti in Bologna – it is always served with tagliatelle.

The authentic recipe for ragù alla Bolognese was officially registered by the Italian Academy of Cuisine in 1982, but delicious variations can be found in restaurants and trattoria across Italy.

Though Pasta Carbonara is undoubtedly a traditional Roman dish, there are numerous theories regarding the conception of the dish. The name of the dish is believed to have sprung from Carbonari, woodcutters and the charcoal-makers who hailed from the Apennine Mountains in the Northeast part of Rome. Back then, it was cooked over a hardwood coal fire, with eggs and cheese.

According to another popular claim, carbonara was discovered after the liberation of Rome. Many believed that after the war was over in 1944, the food supplies dwindled to a bare minimum. Because of this the Allied troops distributed bacon and powdered eggs which were mixed with water to feed the starving.

The pasta carbonara of the present retains the eggs and the cheese. In fact, it is now prepared by tossing spaghetti with cured pork jowl, along with a mix of egg yolks, and pecorino Romano cheese. Therefore, if you want to taste a simple dish that bears the mark tradition, this is it! So eat up and come join us for the Best Vatican City Tours you will ever experience!