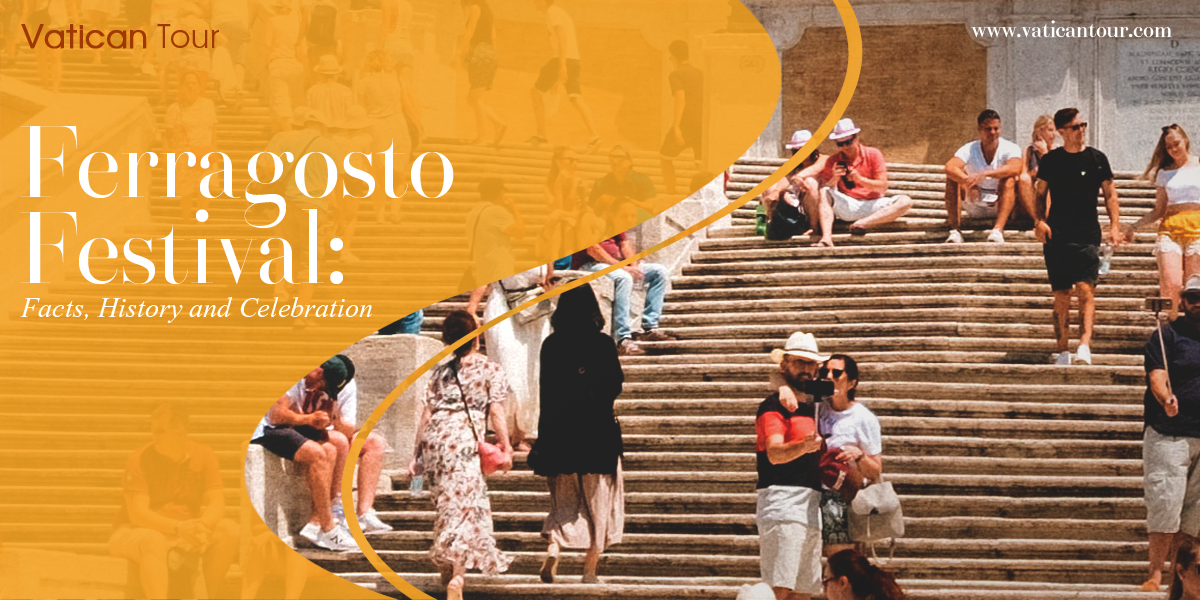 Rome in August is not as bad as it seems. Though soaring temperatures can be a bummer, it won’t keep you from hitting the streets and soaking in the culture and rituals of ancient and modern Romans alike. Just carry a water bottle, apply some sunscreen and you are good to go!

Ahead, we will talk about Ferragosto, one of the biggest Italian National Holidays, celebrated on August 15. For locals, it is the peak of summer vacation. Hundreds of Italians take off from work and escape to the beautiful beach towns. Most businesses in the metro area remain closed; however, souvenir shops, museums and popular attractions stay open throughout the festivities.

From the tourist standpoint, this might be the best time to visit Rome. The sun-kissed, empty cobbled streets and the serene, verdant parks reveal a different side of the city. However, fair warning, most of the heritage sites must be packed during the festival time. If you want to check out those mesmerizing Renaissance paintings, book Vatican and Sistine Chapel tours as early as possible.

The history of Ferragosto is long and interesting. It goes back to the reign of Roman Emperor Caesar Augustus (Octavian), who first introduced the ‘Feriae Augusti’, in 18 BCE. The festival was then held to celebrate Augustus’ victory at the Battle of Actium against his arch-rival Marc Antony. In addition, it coincided with the summer harvest festivals of ancient Rome; the city witnessed numerous festivals in August. Among them, Consualia and Palio di Siena (horse race), observed on July 2nd and August 16th, are still an important part of contemporary ‘Feriae Augusti’ celebrations.

According to the Catholic calendar and traditions, the Feast of the Assumption of Blessed Virgin Mary is observed on a fixed date of August 15. This is the auspicious day when Mother Mary ascended to heaven. The Assumption of Mary is a very sacred Christian celebration; massive religious processions take place in several parts of the country. Even fireworks are set off in specific places after dusk.

Interestingly, like several other Christian festivals, the timing of the Assumption was programmed to coincide with an existing pagan ceremony.

Benito Mussolini, the Italian fascist dictator popularized the concept of taking holidays on the occasion of Ferragosto. Under his supervision, recreational organizations provided special offers and discounts to the less affluent classes so that they could travel to the different parts of the country. The idea was to give a chance to the working community to relax and rejuvenate for a day or two. The authorities even did set up ‘People’s Trains of Ferragosto’ to support weekend travels at discounted prices. The offer was valid from the 13th to the 15th of August.

The Roman squares are the best place to take in the festivities of Ferragosto. Expect live dance performances in each square followed by parades and fireworks.

Nevertheless, if you want to beat the crowd and discover the architectural marvels all by yourself, we would recommend private tours of Rome for families. Our expert English-speaking guides ensure you get one of the most interactive tour experiences in our boot-shaped country. Reach us out at Vatican Tours today.