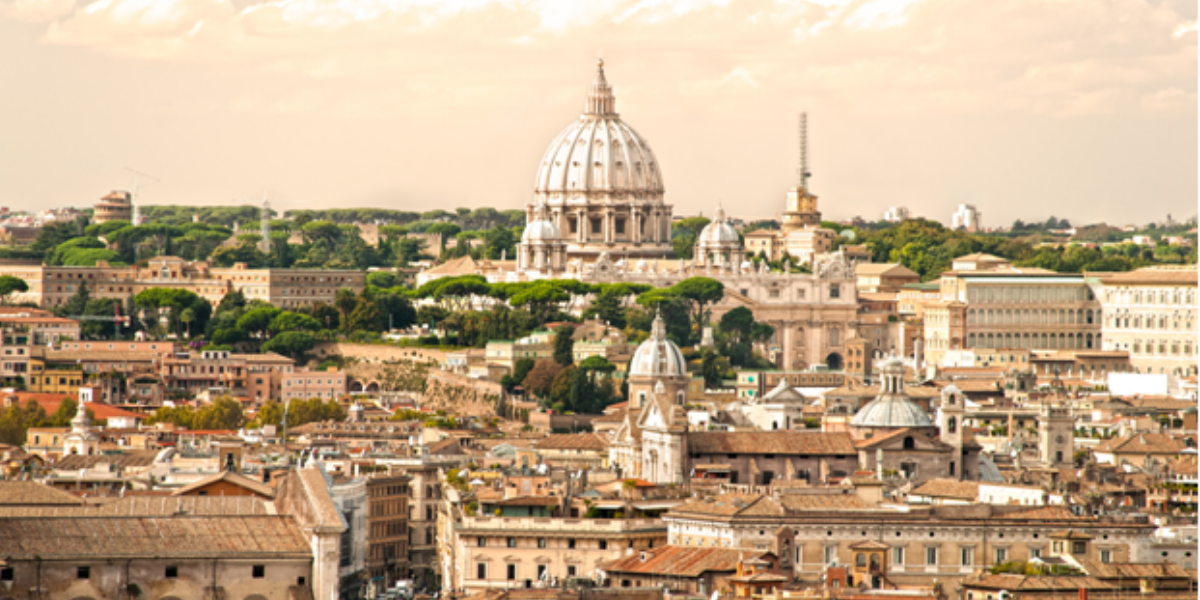 Italian cities are oozing with charm and history. That’s exactly why wanderers couldn’t help but get attracted to this pasta-laden country.

Vatican City is one of those popular Italian tourist spots, not only for Catholics but also for those who are curious about the culture and the belief.

Don’t worry, the Holy See is not one to judge; you’ll be able to explore the main sites in the city as long as you know the basics while respecting the catholic church and its traditions.

If you’ve been eyeing this city for a long time now and your knowledge of the Vatican is limited to where the Pope resides, then prepare to be surprised. That’s because there are a lot more sights to see here than you expect.

Check your carry-on luggage dimensions, you might be needing more space in your bag for all the religious and historical trinkets you can bring home when you visit this city.

Of course, first on the list is St. Peter’s Basilica. There’s no point in going to the Vatican without visiting one of the holiest Catholic shrines in the world.

The fact that the location of this basilica has seen almost every Holy Father who has assumed the chair of Peter is enough reason to make you want to walk inside its breathtaking halls. It might bring a shiver down your spine, but you should expect that especially if you’re lucky enough to be in the presence of the Pope.

Aside from that, the St. Peter’s Basilica has one of the most stunning displays of human artistry with its impeccable engineering which has taken 120 years to complete. Who in their right mind would say no to that?

If only the Sistine Chapel wasn’t only a chapel and art aficionados had the opportunity to hang out here all day long, they would probably grab that opportunity in an instant.

The exquisite line of art that you can find in this revered place of worship will make your jaws drop. To stare at one of Michelangelo’s masterpieces is something worth experiencing in this lifetime.

The frescoed ceiling of the chapel took him four years to finish, and it was definitely worth every ounce of frustration the artist probably felt during the entire process.

The Sistine Chapel is also the location where cardinals from all over the world gather to choose the next pope. It’s known as the Papal conclave and the happenings of the secretive closed-door ceremony are released to the public with white or black smoke notifying the public if a new leader has been chosen.

The Picacoteca is filled with masterpieces of some of the best Italian artistes of their time such as Raffaele, Carravaggio, Crepsi, Perugino and Fra Angelico. These galleries are only a short distance from the herds of visitors in the Vatican Museums but yet they are off the beaten path so you can enjoy the paintings the way they were meant to be viewed, in peace and quiet.

If you’ve seen enough movies set in the Vatican or documentaries about the Pope, then you are probably familiar with the Piazza San Pietro.

It’s the gateway to the Vatican so there is no way you could miss this huge square. It’s famous for hosting a whale of a crowd during public masses presided by the Pope or during special Catholic occasions.

When in Rome, the Pope will usually appear twice a week in St. Peter’s Square to hold mass and bless the square. The Wednesday audience and mass lasts around 2 hours and this is your best chance to see the Pope up close and personal while he drives through the square in his ‘pepe mobile’. The Sunday blessing (aka Angelus) is only quick, the Pope will appear from his Papal Palace window and to bless the crowd, this experience lasts around 15 min.

See this link for all info regarding masses and blessings with the Pope.

The Museo Pio Clementino is also located in the Vatican Museum.

It houses a deliberate collection of antique works of art dating back to the time of Pope Julius II (14th century).

It was many moons ago that they built this museum to safeguard these delicate pieces of art, but they are up to this day well taken care of by the management of the museum.

During the reign of Napoleon many of these amazing statues were brought to Paris however after he was defeated the majority of the works have returned to the Vatican for us to enjoy.

Considered to be one of the most important places in the Vatican, Vatican Necropolis sits directly below the dome and central altar of St. Peter’s Basilica.

Three storeys down, and you’ll find yourself immersed in astounding holiness as you explore where the said bones of St. Peter lay. You can also find remnants of the first Basilica which was built on the same location.

If you want to visit, make sure you book a tour before you arrive as only the Vatican staff are allowed to bring guests down to tour this holy place. Take note that they only allow a limited number of people at a time and so you must reserve your slot well in advance.

This tour is referred to as the Scavi Tour and reservations can be made directly with the Vatican’ Scavi Office on the following emails, scavi@fsp.va; uff.scavi@fabricsp.va

The 23-hectare Vatican Gardens are proof that a simple stroll around a park-like setting could be so breathtaking. Not only by the beautifully manicured gardens but also the impressive view of St. Peter’s Basilica and it’s dome like you’ve never seen it before.

Although all visitors are allowed to explore the gardens, this must be done with a special reservation so again it is best to plan in advance.

For a bit of history that isn’t only about the dawn of Catholicism in the country, this is the place to be.

The Etruscan Museum is an ode to the Etruscan civilization that flourished around the areas of Rome, just before the Romans (8th – 3rd centuries BCE). You’ll see here a wide range of jewelry, pottery, tools, and weapons during the pre-Roman civilization.

You’ll never run out of history exposure when you’re in the Vatican, much more when you visit the Vatican Library. That’s because this library houses some of the most precious treasures that ever graced the planet.

Unfortunately, not everyone is allowed to enter the Vatican Library as it is reserved for special academic scholars and researchers. Their vast collection of books holds oldest pages from the beginning of time to the newest manuscripts of the pope. However, we are able to visit the Vatican Library Museum which offers some documents, pages and books which are on loan from the library itself and displayed for our pleasure in the Museum. You will soon notice that the art collection displayed around the library could be the sole reason you’ll go back to this place over and over again.

Another great collection that you can find at the Vatican Museums is the Egyptian Museum where you can see plenty of antiques and Egyptian works. It’s divided into nine rooms, one of which is taken from the former Papal apartment of Pius IV.

Compared to the rest of the Vatican Museums collection, the Egyptian Museum is relatively small however it is a great place to visit with children as you have the chance to get face to face with more than one mummy dating back to almost 1000 BCE.

The Hall of the Animals comprises 2 rooms within the Pio Clementino Museum and acts as a ‘stone zoo’. Like any zoo, children often find this small section of the Vatican Museums most enjoyable.

A majority of the works were completed in the 1700s and depict an array of animals. Some animals are easily recognizable, while others seem to be a figment of the artist’s imagination. It’s interesting to think that many of these artists may have never actually seen the animal that they are sculpting, and are simply working off the descriptions from others.

12. The Rooms of Raphael

The 4 Rooms of Raphael were once part of the Papal apartments of Pope Julius II and were beautifully decorated by the master Raphael, and his school. Once entering these rooms, it should not take too long to see why Raphael stood out so much compared to his peers.

One of the most important paintings in the four rooms is Raphael’s famous ‘School of Athens’ which shows the most important Greek and Roman minds together in what seems to be the construction of the second St. Peter’s Basilica which was being built at the exact same time just a few hundred meters away.

Can you find the two faces staring out at you on the far right-hand side of the painting? One is the face of Raphael, and the other his forbidden lover.

Whether you’re visiting the Vatican City out of love for traveling, or because you want to pay tribute to the foundation of Catholicism, it’s best to bring plenty of your curiosity as you will find surprises and new joys at every turn.

This article has been written by Geraldine Mills is a self-confessed wanderlust from the land down under, Australia! She funds her adventures by working as a brand consultant and as a travel writer. She loves sharing the allure of backpacking and being one with nature.