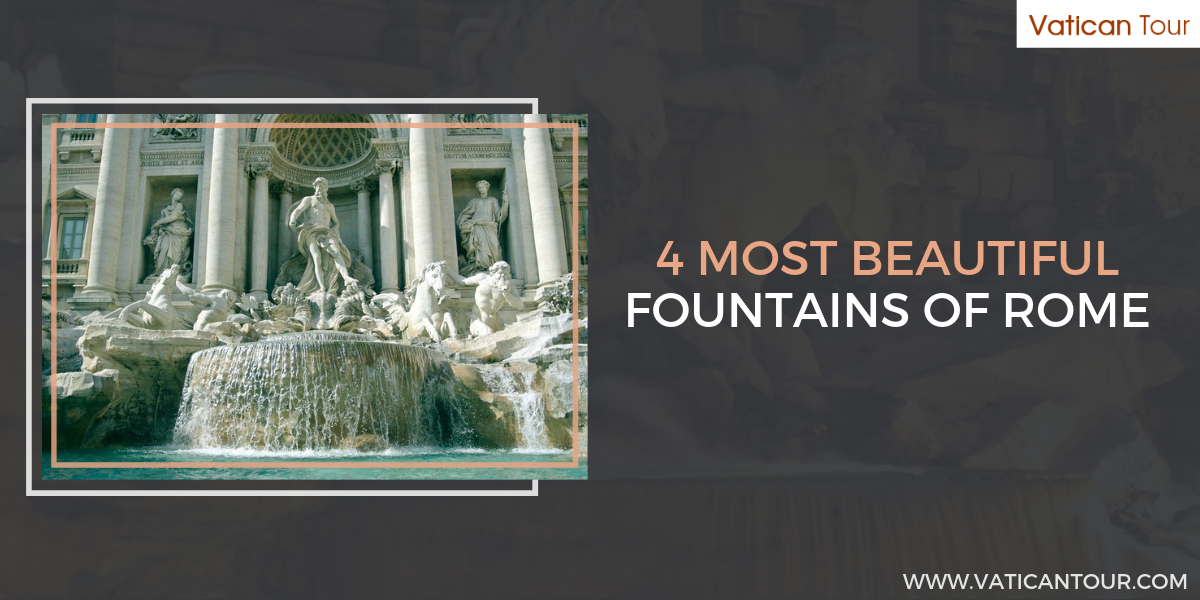 Throughout history, Rome has shared an illustrious relationship with water. Ancient Romans have been at the forefront of constructing the most systematic aqueducts and ornate fountains – celebrating the significance of water and orchestrating incredible engineering feats!

At present, Rome has more than 2000 fountains. Almost every Roman piazza has at least one resplendent fountain at its centre. Once created to serve practical purposes, the fountains now add an artistic flourish to the city’s architectural landscape. Below, we’ve listed 4 fascinating fountains in Rome worth visiting.

By far, Fontana di Trevi is the most iconic fountain in the whole of Rome. Completed in 1762 by the famous Italian architect Nicola Salvi, it’s an authentic Baroque masterpiece to behold. The foaming majesty of mythical figurines and wild horses carved out of gleaming travertine stones inspires awe and wonder! All throughout the day, the fountain is thronged by thousands of tourists. The tradition is to toss a coin into the pool to ensure a return trip to the Eternal City. On average, up to €3000 worth of coins are thrown into the waters each day. 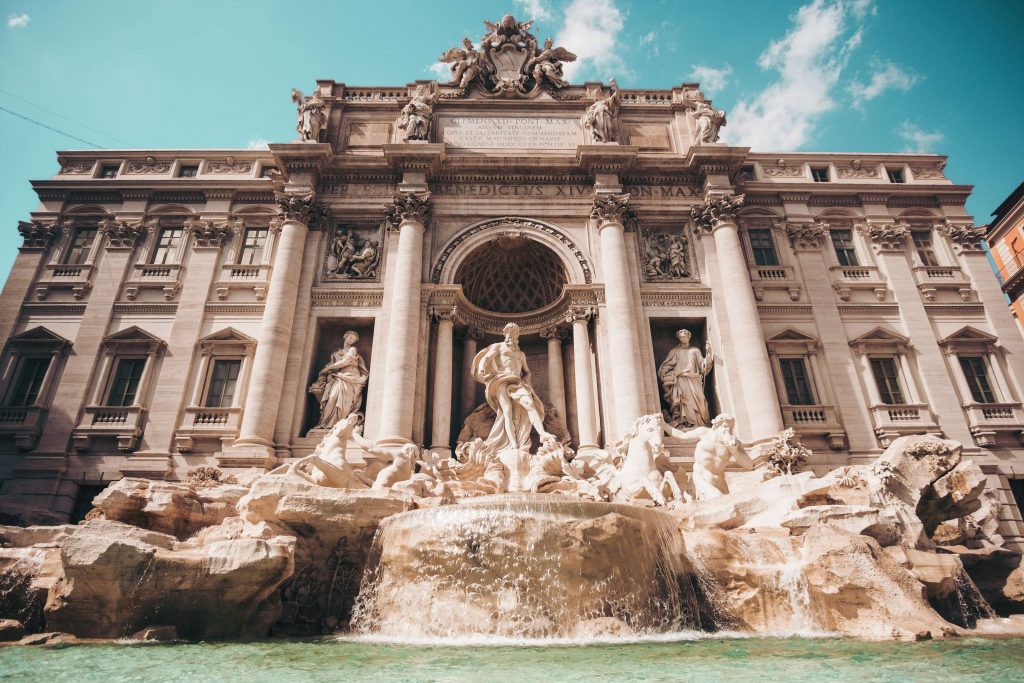 Etched in the heart of Piazza Navona, the Fountain of Four Rivers is an artistic pièce de résistance. It was designed by Gian Lorenzo Bernini in 1651 inspired by the four primary rivers of the earth, namely Danube, Nile, Ganges and Rio de la Plata. The flamboyant Baroque fountain features a towering Egyptian obelisk and four gargantuan sculptures, each clearly distinct from the other. Admire these intricately-carved marble giants and discover this unique jewel of water and stone. 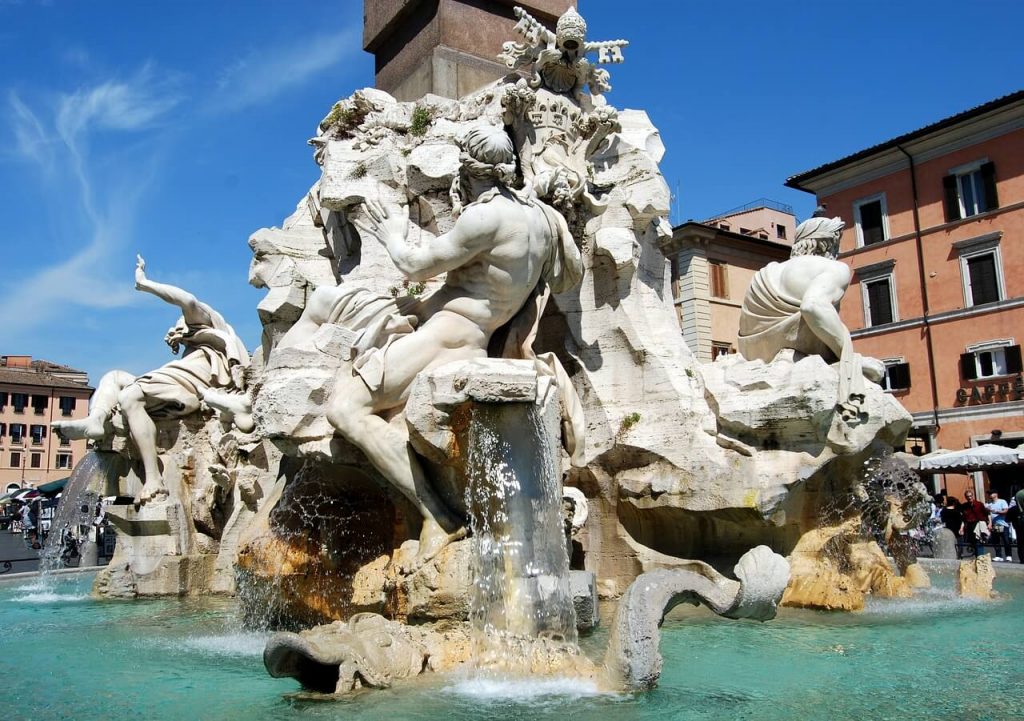 Unusual and lesser-known, Fontana Della Barcaccia (The Ugly Boat) at the base of the Spanish Steps never fails to surprise its visitors. The highlight of the fountain is its unique shape; you can observe a quaint symmetry in here. The half-sunk boat rests below the street level and is surrounded by waters flowing gently. The ‘Fountain of the Ugly Boat’ is believed to be constructed by Pietro Bernini, father of the more celebrated Gian Lorenzo Bernini influenced from a boat left behind on the square when the Tiber overflowed in 1598.

Although not officially in Rome, St. Peter’s Square in the Vatican City is an absolute must-visit. The northernmost part of the square houses two iconic fountains – one built in the early 17th century and the other added by Bernini in the middle of the 17th century.  They were constructed by Gian Lorenzo Bernini and Carlo Maderno during the Renaissance period. Both of them are found adorning either side of the towering obelisk in front of St. Peter’s Basilica inside the Vatican. 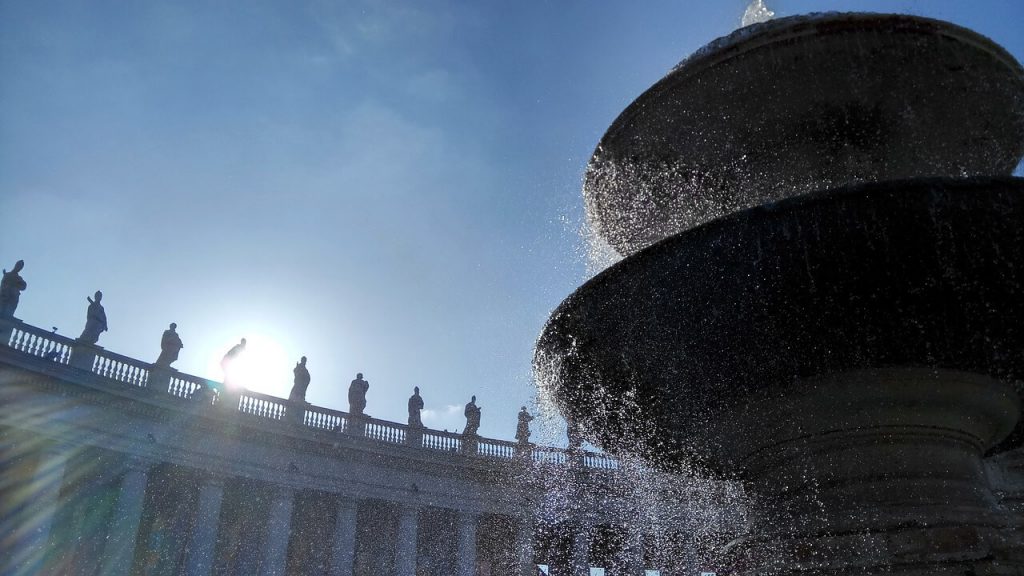 It’s no wonder that Roman fountains are spectacular, iconic and very elaborate in charm. The dynamic amalgam of sculpture, architecture and gushing water lends a revolutionary touch of whimsical extravagance to the city’s architectural backdrop. Book Vatican Tours online; our expert travel guides help gain a better perspective of Rome’s artistic legacy while letting you relish the marvels at your own pace.