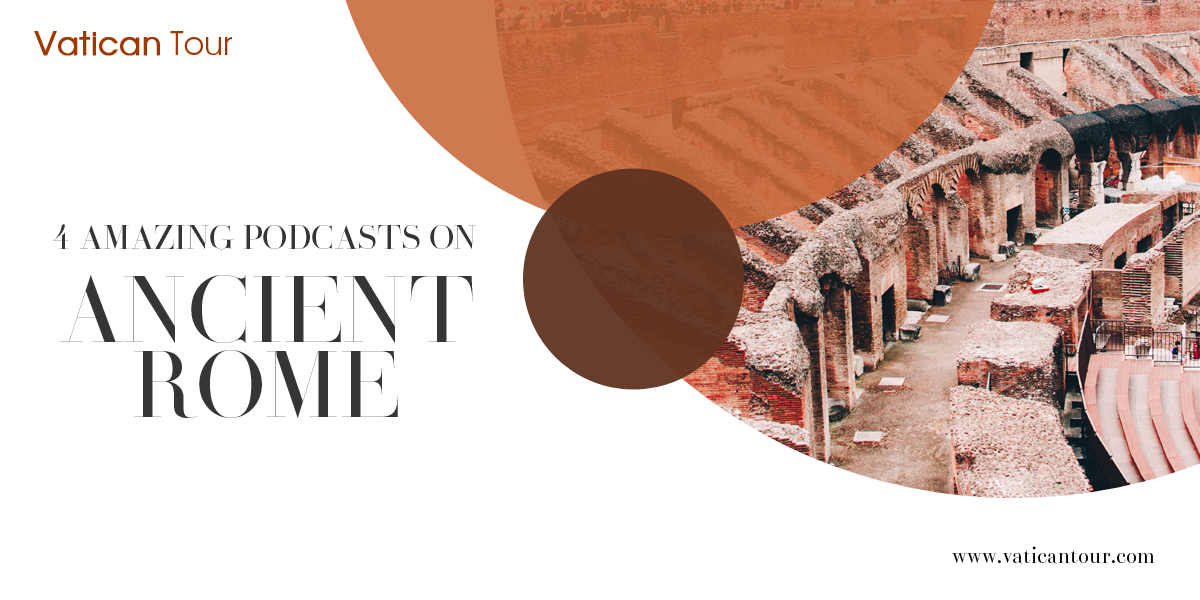 With an array of haunting ruins, imposing art and astounding architecture, Rome is a historical powerhouse. Monumental basilicas, magnificent piazzas and ornate Renaissance mansions furnish every part of the city. If you are a history buff, you will be delighted to know that there are several podcasts that shed light on riveting subjects like world history and Ancient Rome.

Podcasts are a great medium for imbibing new ideas and learning information. Unlike traditional media platforms, people can integrate them into their daily life and broaden their horizons in hand-picked instalments. Ahead, we’ve rounded up 4 podcasts on Ancient Rome; the sagas, stories and spectacles will transport you to the classical period.

The History of Rome

This award-winning podcast, hosted by Mike Duncan, explores the key events that played out from the Aeneas’ arrival in the country to the banishment of Romulus Augustulus, the last ruler of the Western Roman Empire. The best-selling author’s keen interest in the field is evident in his attention to detail and persuasive delivery. He documents each historic event in chronological order.

In between 2007 and 2012, Mike recorded 179 episodes, each spanning between 15 and 25 minutes. All the episodes are extremely crisp in format – garnering widespread acclaim.

If you are a fan of history podcasts, you will love The Partial Historians, presented by Dr Peta Greenfield and Dr Fiona Radford. Both the hosts are academicians and affectionately referred to as Dr G and Dr Rad.

However, don’t mistake academics for boring – The Partial Historians is extremely fun, interesting and accurate. Since it aired in 2013, the podcast has been efficiently examining the complexity of the primeval culture but in a playful way.

The Fall of Rome

Want to find out what triggered the collapse of the Western Roman Empire? Tune into The Fall of Rome; as the name suggests, it’s an in-depth analysis of various aspects that facilitated the downfall of the past’s most legendary empire.

A terrific podcaster and writer, Patrick Wyman examines how robust factors such as climate science, genetics, network models, forensic science and globalization have influenced our perception about the Roman Empire. He studies ancient civilization with a modern lens and his engaging delivery is widely appreciated.

The podcast list would remain incomplete unless we mention When in Rome hosted by Matt Smith. Documented in an interview format, the show explores the ‘place and space in the Roman Empire’. The narrative is compelling and is punctuated by in-depth discussions with academics, historians and pundits in the subject. Together, they have earned a loyal fan base.

Plus, Matt is incredibly popular amongst his listeners. You would be amazed to know that his supporters have raised more than $10,000 on Kickstarter to fund the 4th season of When in Rome!

Thus far, the podcast has completed 3 instalments and each has been better than the last.

History podcasts are all about weaving threads of the past together and contributing insights along the way. Nevertheless, they can never replace the thrill of one-to-one interaction with the historical marvels scattered around the city. Rome is a city full of ancient treasures. No podcasts or TV series can ever do justice to its riveting beauty.

You have to visit Rome and soak in its rich, glorious past. For that, we recommend Vatican Tours. Our expert team of local associates will help you connect to the people, cultures and stories of Rome. You can also check out our best family tours in Rome; they are quite popular and help in unravelling the mysteries of the Eternal City.