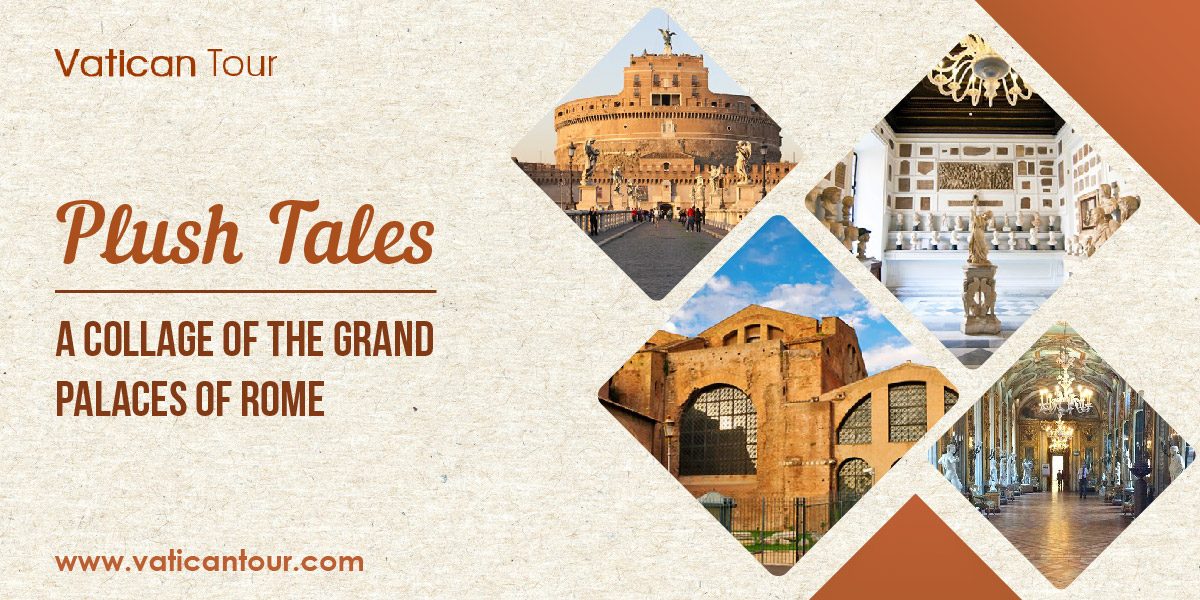 Rome is a city that embodies grandeur. The city has not only harboured some of the greatest painters, sculptors, and artists but is also home to the world’s most beautiful and plush palaces.

With our knowledgeable English-speaking guides, you can have a first-class experience. With our Vatican private day tour and Rome evening tour “La DolceVita”, you gain access to some of these grand palaces but, until then, learn all about the grandest of Roman palaces in this handy list.

This palace is sure to take your breath away situated, as it is, in Piazza Capodiferro. The grand palace houses the Spada Gallery with works of art by greats like Titian and Caravaggio. The palazzo also has a beautiful garden facing the Tiber.

This palace is the seat of the Italian Senate and has a very chequered history. The Medicis constructed it over the ruins of Nero’s baths near Piazza Navona and it is named after Emperor Charles V’s illegitimate daughter, Madama Margherita of Austria. Cigoli and Paolo Maruccelli built its façade in the 1650s.

One of the lesser-known museums in the Eternal City, this palace is a work of brilliant art in itself. It has ceilings made of frescoed, wooden beams which add to its old-world charm. It also has some beautiful pieces on display, including Gaul’s sculpture depicting him killing his wife and himself. It mainly focuses on exhibiting archaeological findings from ancient Rome.

Carlo Maderno designed this magnificent palace fashioned after 17th century stately buildings. The palace is worth visiting for its rich collection of busts and statues and its multi-storeyed courtyard. Caravaggio, the great artist, lived in this palace around 1600.

The palace is a marvel of interior design and it was commissioned by Pope Gregory XIII. The finest artists and architects were called upon to build this summer home – Maderno for the chapel, Domenico Fontana for the façade and Guido Reni for the interiors. The palace is currently one of the three houses of the President of Italy. It has been home to thirty popes, four kings and twelve Italian presidents.

The palace, built as a baroque structure, was designed and constructed by the great architect and artist Bernini in 1653. It houses the Italian Chamber of Deputies. The palace is named after the slightly raised piece of land it is built on.

Palazzo Farnese has been recently restored, with restoration works having been done in all 133 square meters of the palace. The palace’s Carracci Gallery houses stunning works of art. A property of the Italian government, the palace is currently the seat of the French Embassy in Italy. There are many palaces in Rome, not all of which we have mentioned here. A quick search on the Internet will lead you to them, and to other pieces of architecture that tend to get forgotten in the excitement over the Colosseum and Vatican City. So, the next time you are in Rome, take the road less travelled and include these palazzos in your itinerary for the best family tours in Rome.