Also known as the Hadrian’s Tomb, the Castel Sant’Angelo is an instantly recognizable landmark etched in the landscape of Rome. Located at a stone’s throw from the Vatican City, along the right bank of the Tiber River, the castle-turned-museum is best explored after completing tours of the Vatican. If you are visiting Rome and taking in all its historic splendour, it is extremely important to gain insights into how such an impressive structure transformed from a solemn mausoleum to an enchanting fortress and then a papal residence! Plus, the view from the top of the edifice overlooking the vast expanses of Rome and the Vatican City is breathtaking in itself. 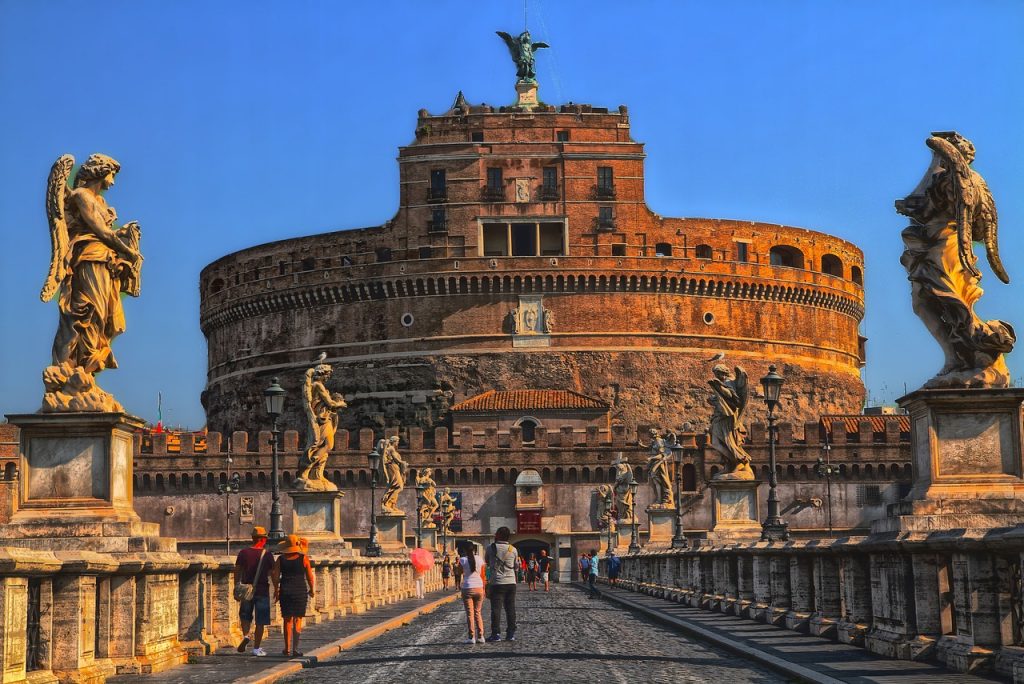 Today, the Castel Sant’Angelo houses the grand Museu Nazionale di Castel Sant’Angelo but, it was initially built as a mausoleum for the Emperor Hadrian and his family. The construction was completed in the year 139 AD and the ashes of the subsequent emperors of the dynasty were preserved there. Since then, the building has gone through a number of modifications and served a plethora of purposes:  it has been a military fortress in the 5th century, a prison holding heretics of the Catholic Church and even a papal residence. There is also an 800-metre long (elevated) passageway connecting the castle with the Vatican City; it was used by the popes to escape in dire situations. 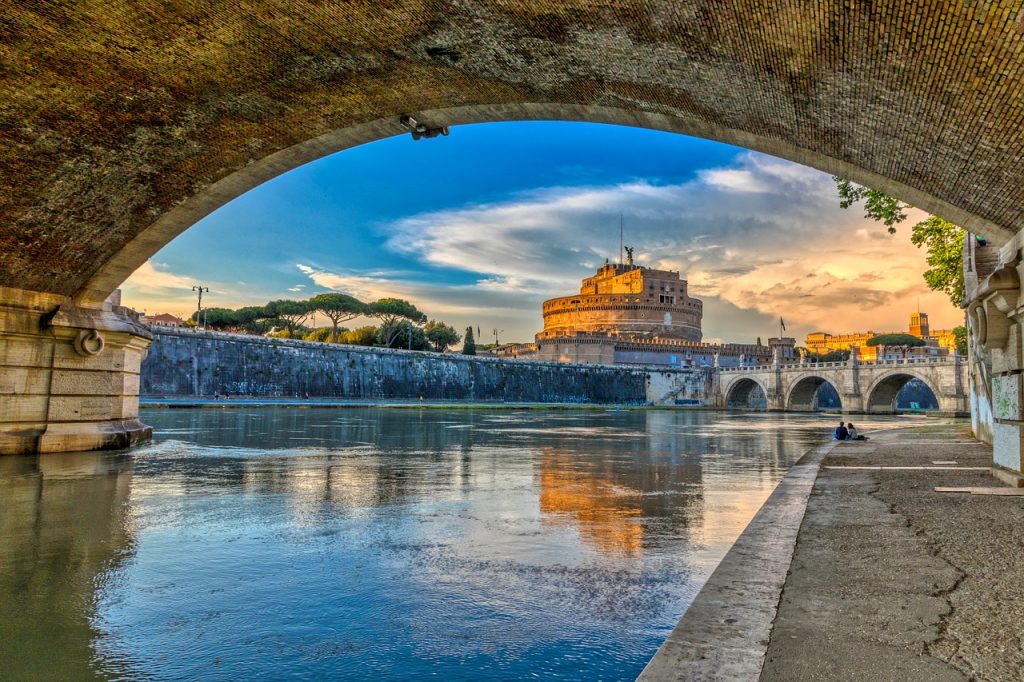 Now, the former stronghold functions as a museum – displaying an exquisite collection of sculpture, paintings, military weapons and memorabilia of an erstwhile Roman era. Its surrounding grounds, ramparts, art galleries and libraries are open to the public.

What to See: Art, Antiques and More

The Castel Sant’Angelo is a warren of stately halls, well-decorated rooms and countless courtyards. Walk along these frescoed corridors and soak in the centuries-old history! The structure is divided into five floors (excluding the underground level and the open terrace) – all accessible with a spiral ramp that first leads to the chamber of ashes followed by numerous cells showcasing incarcerated historical figures. 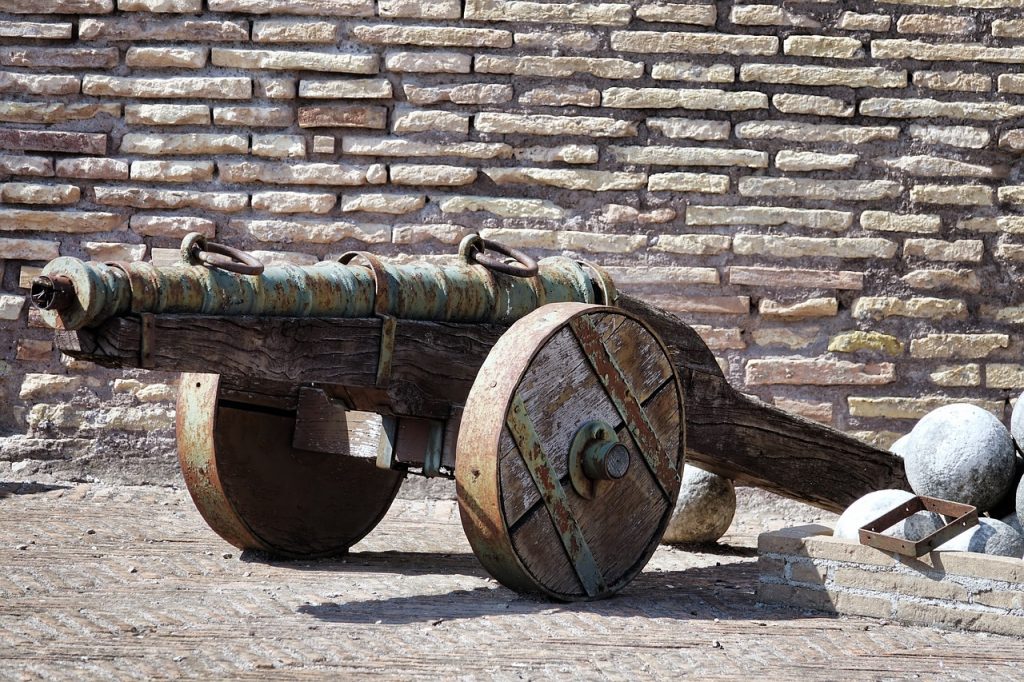 Beguiling artworks and state-of-the-art weaponry line the fortified walls. While ascending through the upper floors, you will find several bedecked rooms. They once functioned as the Papal Apartment but today, they exhibit a stunning collection of Renaissance-era paintings, antique objects, sculptures and unique artefacts – thanks to the families of Mario Menotti and Contini Bonacossi. In the early 1900s, when the fortress was about to get its honorary ‘museum status’, the Menotti, Bonacossi and other Roman aristocratic families contributed countless paintings, furnishings and valuables to furnish the Papacy Apartments. Currently, they stand as a true reminder of a flourishing bygone epoch. 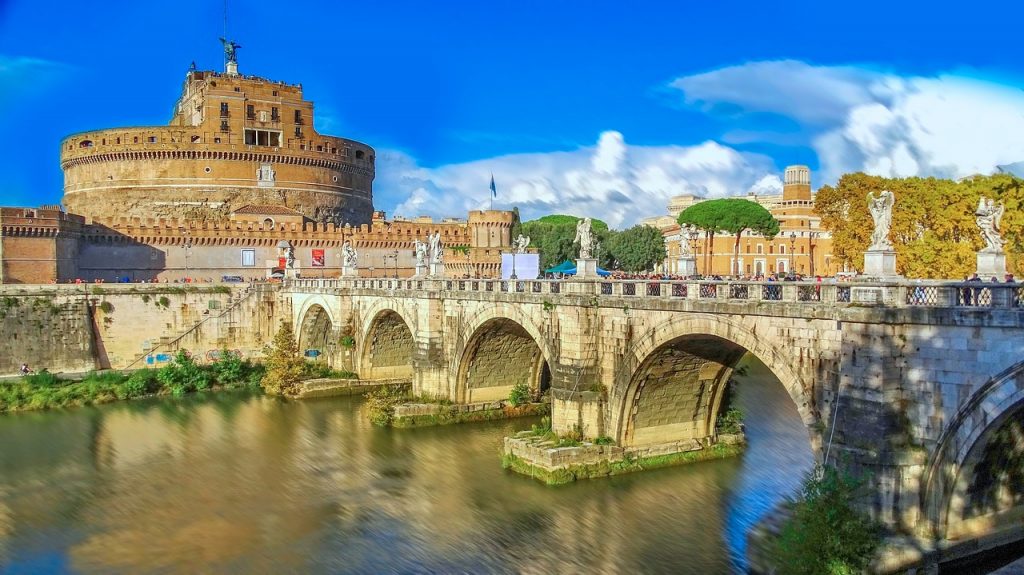 The beauty of this edifice begins the moment you walk down the Bridge of the Angels towards the building, where you are greeted by 10 angel statues, designed by Bernini, each holding an instrument. The name of the castle is derived from the Archangel Michael; his appearance marked the end of a deadly plague that ravaged the Caput Mundi in the sixth century AD. His iconic sculpture is installed high above the fortress – symbolizing god’s mercy. 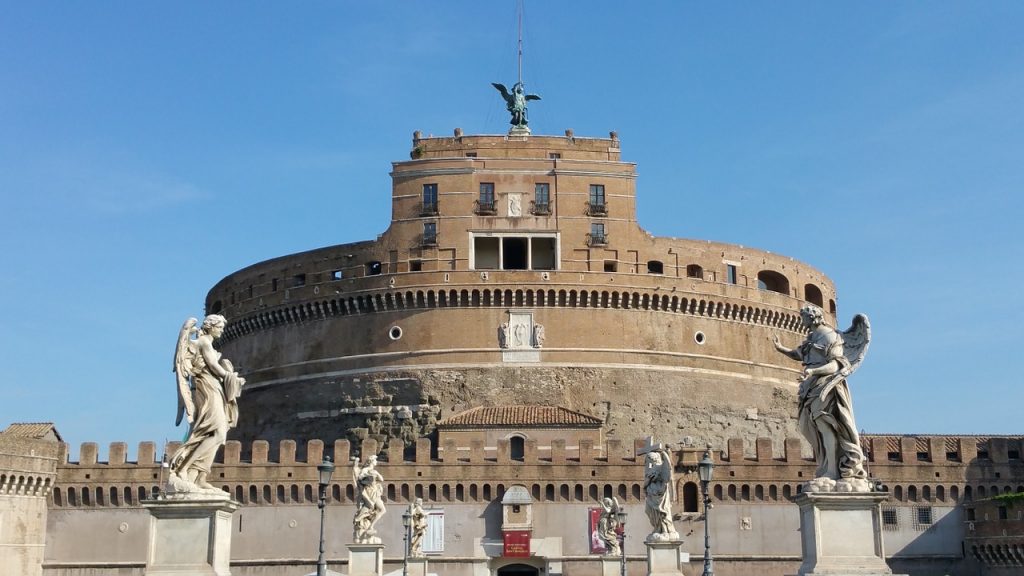 The Panoramic View from Above

Want to enjoy the finest views in Rome? Head to the Castel Sant’Angelo: the sun-kissed, ochre-hued Roman rooftops grazed by a tranquil, meandering Tiber is one of the most dramatic sights to behold from the pinnacle of the castle! Take the narrow staircase and make your way up to the sixth floor; it opens to a huge terrace with striking panoramic city views. Stand below the iconic angel statue and see how spectacularly the entire city looms in front of you! 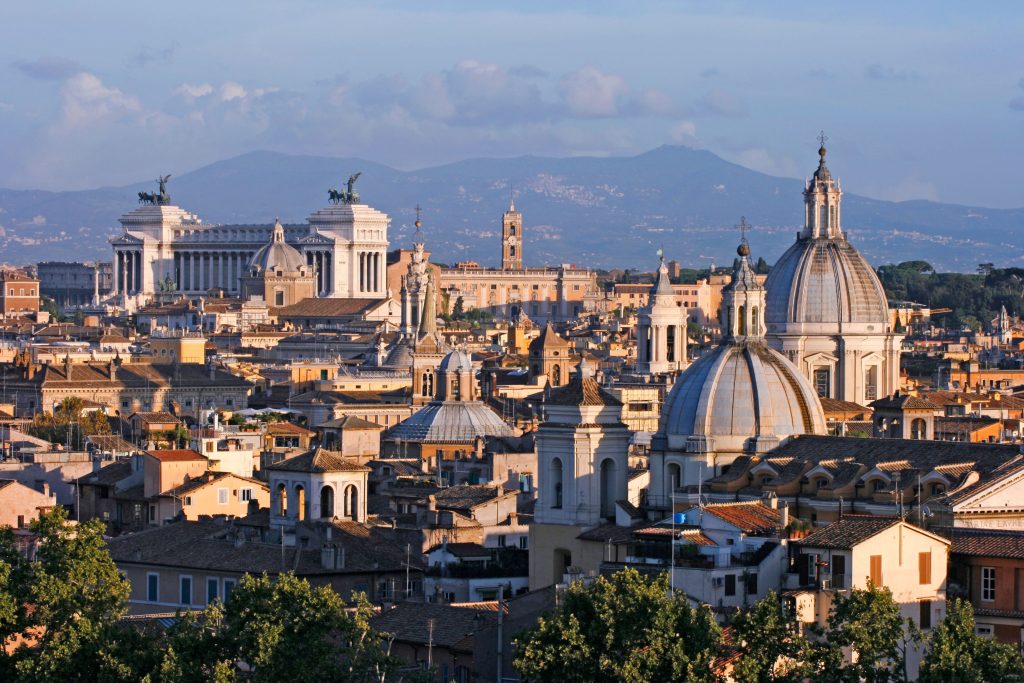 You should know, the location of the Castel Sant’Angelo is fairly distinctive and convenient. After Vatican and Sistine Chapel tours, you can easily visit and appreciate this historic monument; however, keep aside at least 3 to 4 hours. It will take some time to minutely observe the details and take in all the splendour of medieval Rome.