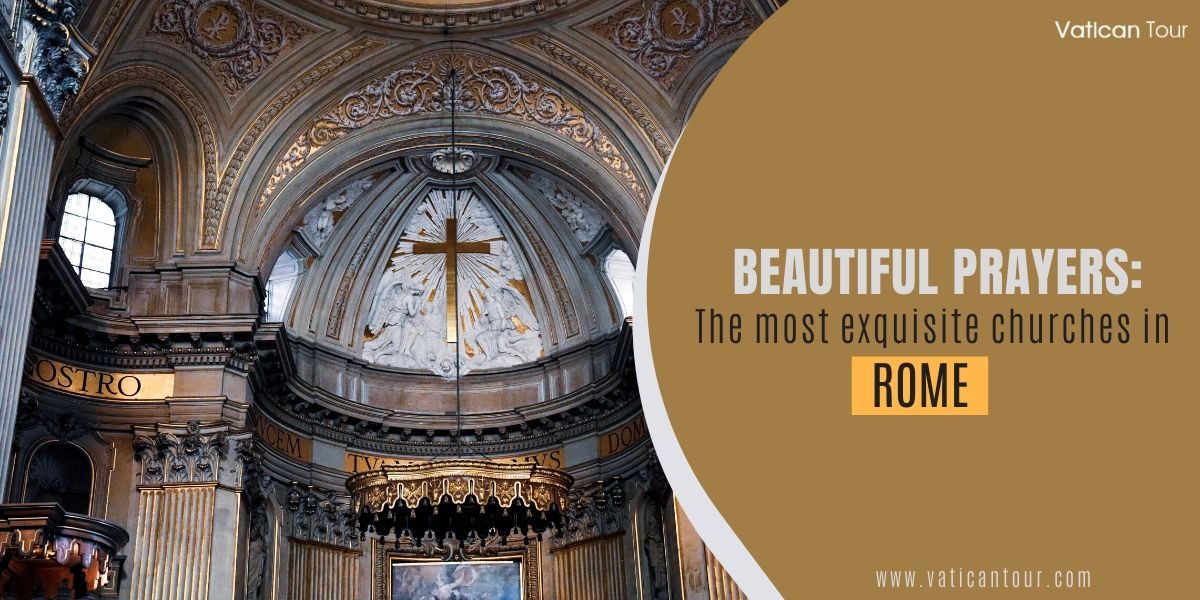 We would like to start off this article by saying that although St Peter’s Basilica is one of the most spectacular churches in the world, it is located in the Vatican City, not in Rome. So we will keep to our word and talk about some of the most breathtaking churches in the city of Rome. The Eternal City is home to some of the world’s most beautiful and breathtaking churches. It has over 900 churches in all. Earlier, Rome’s churches used to attract pilgrims from all over the world primarily for the purpose of a pilgrimage. But today, most visitors flock to Rome to witness the exquisite artistry of these edifices. Here you’ll find a list of churches that stand out from the crowd.

Built in 440, the Basilica di Santa Maria, dedicated to Mother Mary, is an important and ancient one. Its 5th century murals on the arch above the altar illustrate scenes from The Old Testament. Every year in August, thousands of white flower petals are showered from the ceiling of the Basilica to commemorate the legend of the snowfall in summer.

The Church is built just outside Rome in dedication to Saint Lawrence. The Church’s origins go back to the 6th century. Nearly every Pope has contributed funds to the church, making it a major and elaborate religious complex in terms of world rankings. It is an important pilgrimage site in Rome.

Saint John Lateran is Rome’s official cathedral where sits the Pope. An important basilica in the city, it is believed to be one of the oldest Catholic churches in Rome. Very little of the original structure survives today, most of it was restored to a newer Baroque style in the 16th and 17th centuries.

Santa Maria Sopra Minerva was built on the ruins of a monument built in honor of Goddess Minerva.  Its architecture makes it one of the more important churches in Rome. The Dominicans built it somewhere around the 13th century AD. It is a Gothic Church of grandeur. It also houses a sculpture by Michelangelo.

According to legend, this church was built around 1100 AD in response to resident’s fears of the spirit of Emperor Nero haunting the area. The inside of the church is a treasure trove full of art works by greats like Raphael and Bernini.

The Basilica of Saint Clement

Though it is a lesser known church, the St Augustine church, a Renaissance structure, houses many beautiful artworks. A notable piece of work at the church is Caravaggio’s Madonna of the Pilgrims, which in its time created a furor for its realistic depiction of a pilgrim. It also houses Isaiah by Rafael which is, legend has it, inspired by Michelangelo’s paintings at the Sistine Chapel.

Alternately known as the Basilica of Saint Mary and the Martyrs, the Pantheon was initially a pagan temple which was later converted to a Catholic church. It is still in use. By some estimates, its dome is the single largest concrete dome in the world.

Lots of visitors might be visiting Rome as mere tourists. But deep down, the best Vatican city tours are those where a little homage is paid to the almighty. May your prayers at these churches stand answered. And may you have many more Vatican city tours in the future.