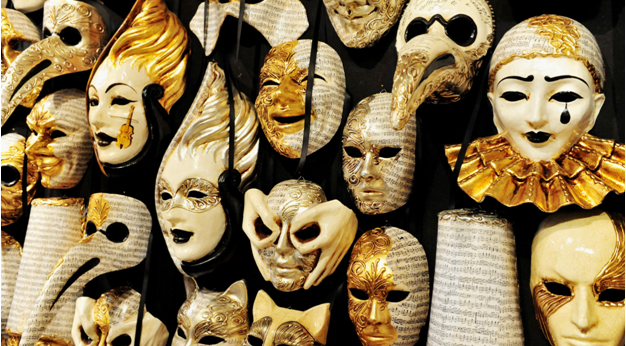 Rome is a city full of splendor, glory, and magnificence, but, if you are going to plan your Rome trip thinking that you are only going to take a look at the ancient ruins, indulge in savory pasta dishes and get your shopping done, then it is time to take a pause and learn about the colorful side of Rome that is full of festivities. There is, in fact, so much to Rome that exploring its festivals is an amazing way to rediscover the eternal city. So, here are some cool festivals that take place in Rome.

Epiphany or, La Befana: We are starting the year with the La Befana Epiphany festival that takes place on January 6th, and what a nice way to welcome us into the new year. This festival is especially about giving gifts to the children, similar to St. Nick, ot Santa Clause. Children would hang stockings and wait for the Befana to shower them with gifts and treats.

During this festival, you will notice many old witches on broomsticks ‘flying’ around the city. This is because she is the one who brings the gifts to children. Piazza Navona is one of Rome’s most known, and most beautiful squares and this is the best place to bring your children to celebrate the Befana. A merry-go-around is set up in the center of Piazza Navona with other carnival style games surrounding it. Here you will also be able to find mulled wine, and many other popular holiday sweets and treats.

Carnevale: Although Venice holds the official Carnevale celebrations, carnival time in Rome also fills the beautiful streets in Rome with colors and festive cheer. The carnival actually takes place in February, just before the Christian celebration of Lent. This is one festival that takes place for 10 whole days and the days are filled with unadulterated fun. There are costumes, colorful masks, traditional music and dancing throughout the streets as well as plenty of wine to go around. The beach town of Viareggio is famous for erecting massive floats for their colorful parades during carnival, the city streets are filled to the brim with so many different kinds of performances such as street theatre, costume displays and so much more. Explore the beautiful floats and soak in the festive spirit.

Natale di Roma:Get ready for one of the grandest birthday celebrations if you are in Rome on April 21st; it is Rome’s birthday! Legend says that Romulus had killed his brother Remus and then founded the city of Rome on April 21st, 753 BC. Head towards the Roman Forum and Colosseum where you will see ancient Rome come back to life. There are ancient Roman legionaries and soldiers parading the streets dressed in traditional ancient Roman costumes. The festivities all continue to Circus Maximus where there are more parades and events such as choreographed gladiator fights, equestrian events with chariots, music played on ancient instruments and much more. The events are all held in and around the Ancient City so everything is within walking distance giving you a great opportunity to visit the sites while following the parade. Natale di Roma is truly fun for the whole family so bring the kids, throw on some togas and have a great day celebrating Rome’s birthday and the best family tours in Rome.

Festa de’ Noantri:  One of the charms of visiting Rome is its Trastevere neighborhood, it is arguably the most beautiful, and the best place to experience Roman lifestyle fist-hand. There are many small cobblestone pedestrian streets, small bars, cafes, restaurants and gelato shops. It also has many boutique clothing stores and food shops (old and new) so it is easy to lose yourself in the small winding streets and aromas that wafts through the streets. The Festa de’ Noantri dates back to 1535 and takes place through July 15-29th, celebrating the blessed Virgin of Carmelo. A religious procession begins at the church of San Cristogeno where a beautifully decorated large cedar statue of the Virgin Mary is carried on the shoulders of many men. The possession ends at the church of Santa Agata where the statue is kept for 8 days.

When it is time to bring the virgin to her usual place, the return journey is done by boat down the Tiber. It is said that the large carved statue was found by fishermen at the base of the Tiber river and then brought to Trastevere. For this reason she is also said to be the holy protector of the Trastevere people. Besides the religious procession, there are also small concerts and events organized around the neighbourhood during the course of the festival. Again, there are fun and interesting things for the whole family to enjoy, not to mention, it’s a fantastic way to experience true Roman traditions.

Rock in Roma: Now this is a festival that is different from the ones that we’ve mentioned so far, but it’s definitely worth noting for all music lovers. The Rock in Roma, is an annual music festival that takes place in the eternal city usually in June through July. Although the name is Rock in Roma, it is not all Rock based, there are many different genres. Many hugely popular artists are scheduled in for the duration of the festival. Artists such as Vasco Rossi, Roger Waters, The Chemical Brothers and even Post Malone are just some of the names who have performed. In case you want to see who’s on the line-up for this year you can check out this link here to Rock in Roma. So, what are you waiting for? Plan in advance, or see if your dates coincide with the festivities above so that you can enjoy the most fun and colorful days in Rome, not to mention the beautiful old traditions of this amazing city.