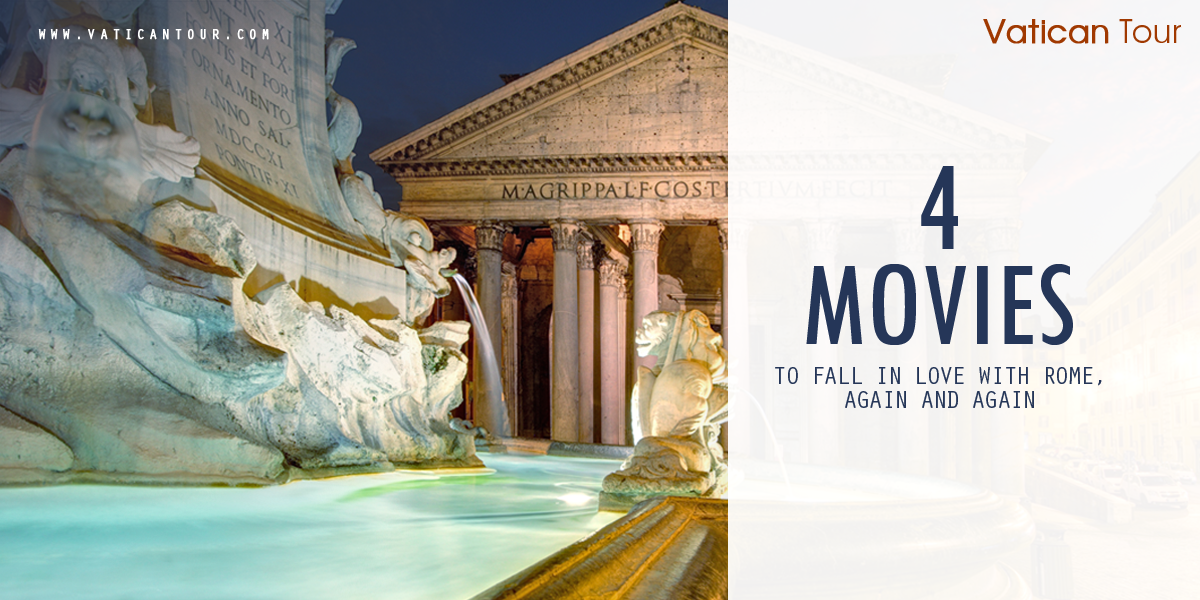 There are innumerable reasons to love Rome – one can admire it through its ancient architectural marvels, its charming medieval neighbourhoods, and not least because of its vivacious street life, whereas others may celebrate Rome through silver screen, i.e. cinema. For years, the pristine beauty of the Eternal City has inspired and compelled many directors to capture the awe-inspiring spirit of the city and create the world’s most iconic movies. With its exquisite landmarks like the Vatican, the Trevi Fountain, the Spanish Steps, the Pantheon and the district of Trastevere, it’s easy for directors to pick Rome as the most colourful backdrop. 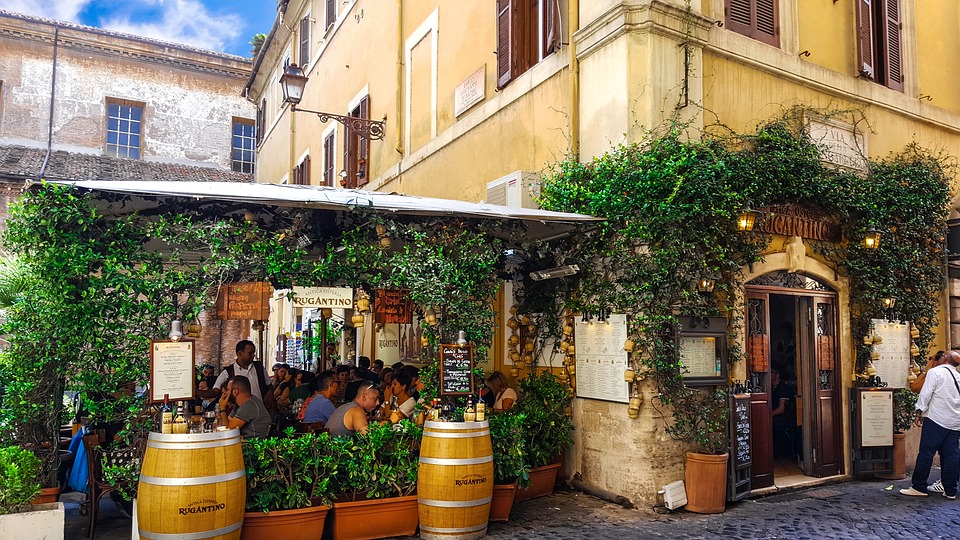 That being said, here we present 4 films that are set in Rome (in no particular order) – watch them and fall head over heels in love with the most romantic city in the world.

P.S. If you are planning to visit Rome, binge-watch these movies right before your trip as well as take a look at our encompassing private tours of Rome for families. We provide a top-of-the-line guiding experience with local English-speaking guides and VIP Entrance facility. We let you observe and admire the Jewels of Rome at your own pace without worrying about the legions of tourists.

Featuring Gregory Peck and Audrey Hepburn, Roman Holiday is an established classic romance. It shows how the duo travel on a two-wheeler across the Eternal City visiting some of the most stunning monuments, including the Colosseum, the Spanish Steps and the Bocca della Verita, which is widely adored for its picturesque snapshots of Rome. One of the most popular scenes where Princess Anna meets Joe Bradley was filmed near the Spanish Steps. The movie shot Hepburn to fame – she won an Oscar – and impregnated Vespas to Rome’s holiday imagination forever. 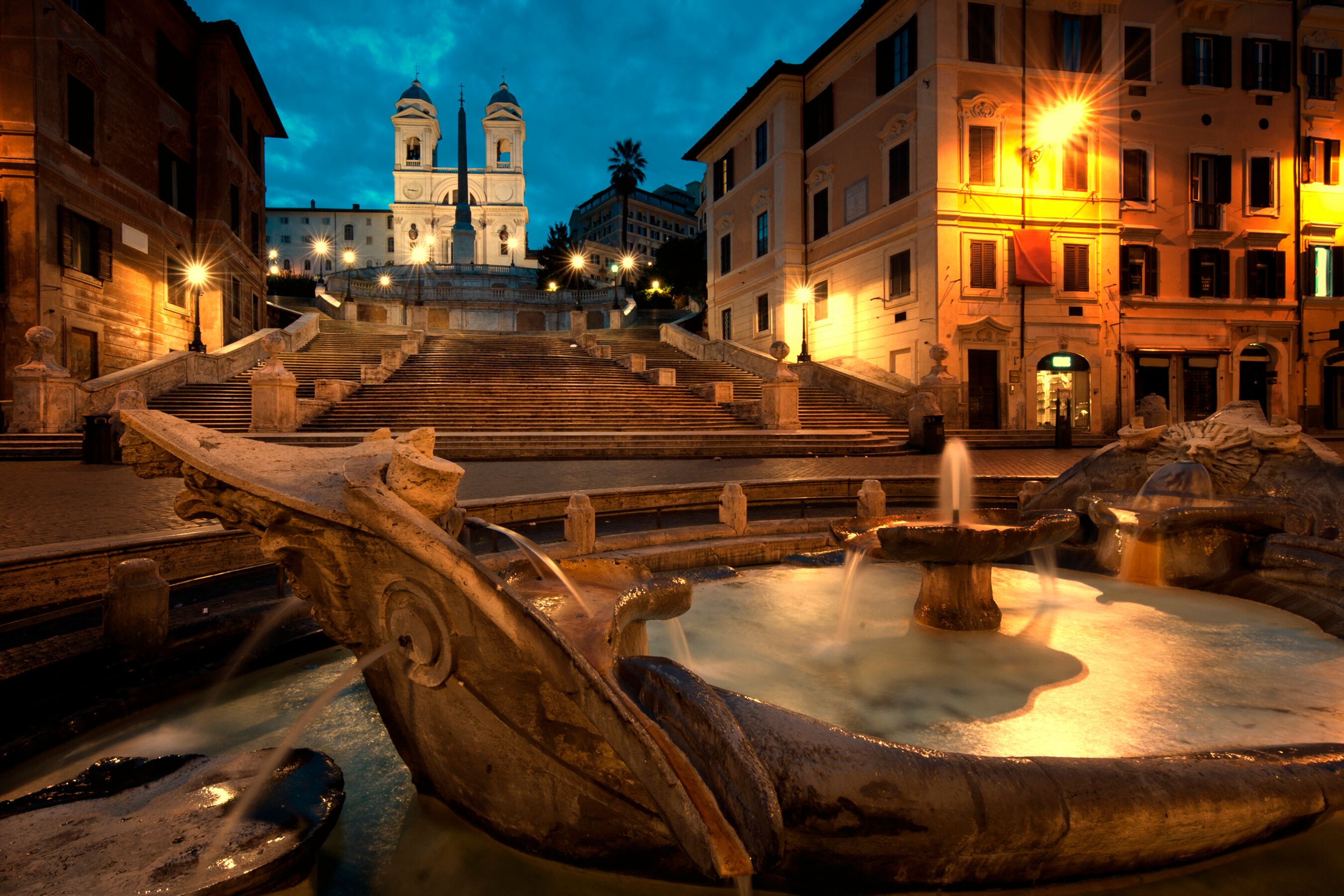 Perhaps not surprisingly, no other movie brings out the transcendent beauty of the Trevi Fountain better than La Dolce Vita by Federico Fellini. It is touted as a masterpiece, a Roman movie par excellence that documents the “sweet life” of Rome’s upper-class journalist Marcello (Marcello Mastroianni).

Though the movie is remarkable in its own way, the scene where a sensual Anita Ekberg capers into the Trevi Fountain in a slinky black dress has garnered a lot many accolades. Besides, the plush Via Veneto and magnificent Piazza del Popolo are also featured prominently throughout the film. 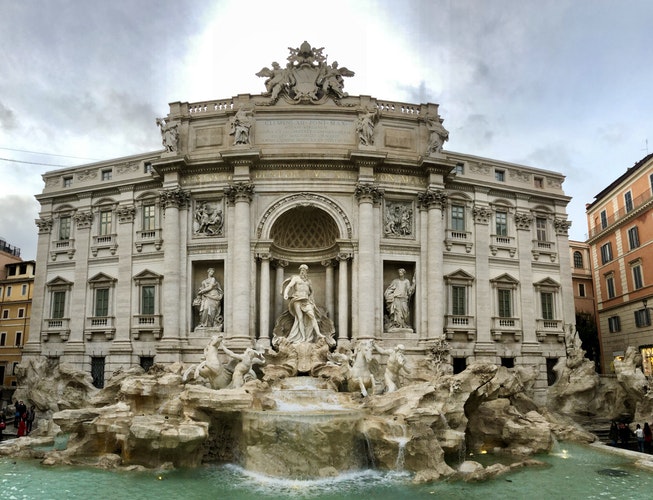 Beyond the movie, if you are a true La Dolce Vita enthusiast, you need to check out our Rome evening tour – when the sun goes down, the city imbibes an altogether different mood, and that’s best explored with our guided tours.

Rome takes the centre stage in this kaleidoscopic Woody Allen comedy – the imposing historic landmarks, the quiet lanes of provincial neighbourhoods and the uncharted piazzas – all exude unrivalled charm, character and wide-scale romance throughout the movie. Also, the star cast is stellar – featuring Penelope Cruz, Roberto Benigni, Alec Baldwin and Woody Allen himself.

Some of the most famed scenes are shot at idyllic locations like Trastevere, Villa Borghese, the Capitoline Hill, the Colosseum, Piazza Mattei overlooking the Turtle Fountain, etc. The scenes set in the quaint cobblestone alleys of Trastevere and the ruins of Baths of Caracalla are simply straight out of dreams. 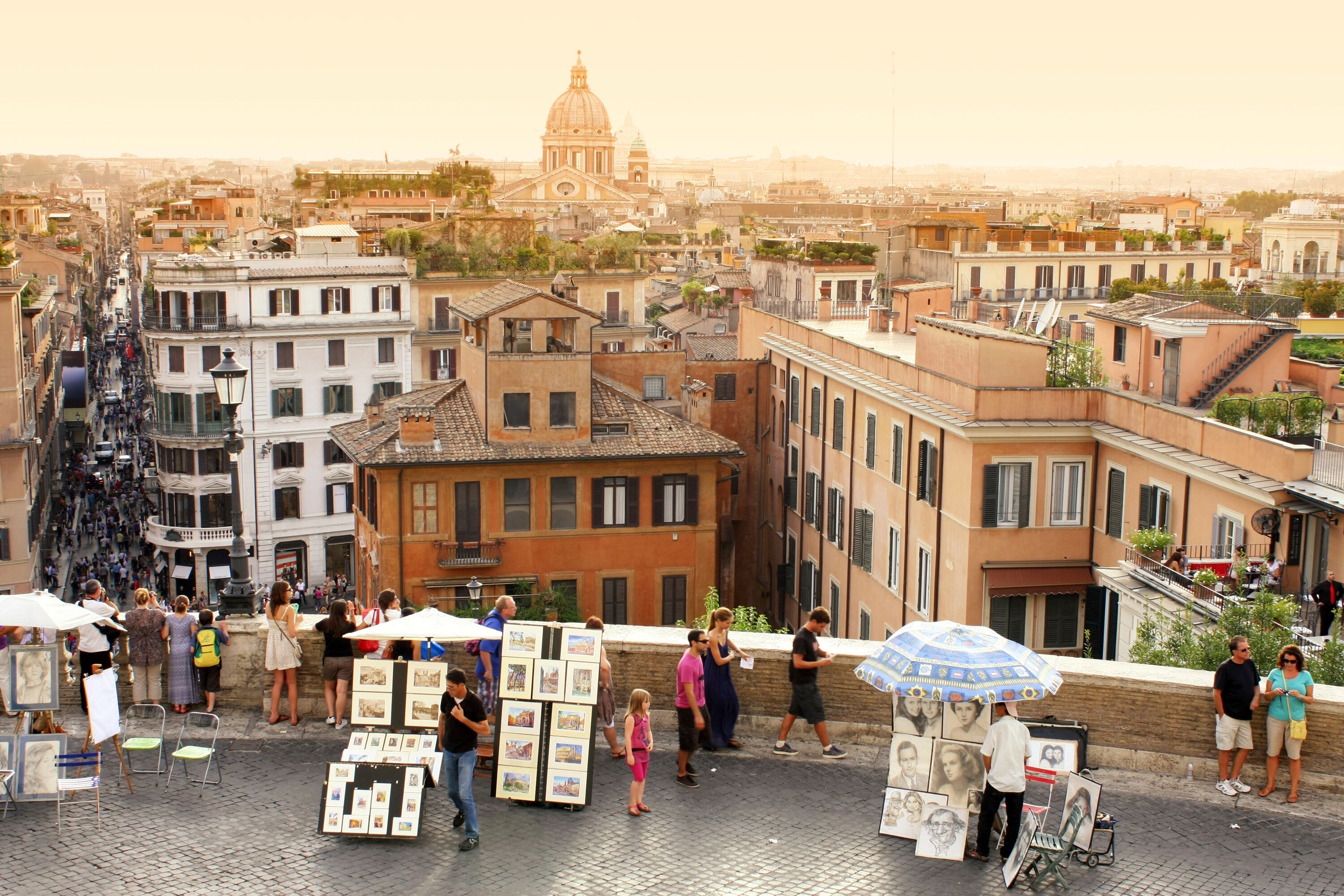 This black-and-white Neo-realist masterpiece pursues an unemployed father Antonio Ricci (played by Lamberto Maggiorani) and his young son Bruno (played by Enzo Staiola) while they hunt down his stolen bicycle in a depraved, post-war Rome. The movie instantly connects with the viewers and transports them to an epoch in Rome’s history when not even its longstanding splendours could snatch away its denizen’s attention from the acute reality of the post-war depression.

It is a budget film costing just $133, 000 and is shot only on location soaked with medieval vibes. The bicycle market at Porta Portese is the key area – it’s here that an embarrassingly grim Bruno tumbles down in the pouring rain, neglected by his father, who remains obsessed with his elusive bicycle search. 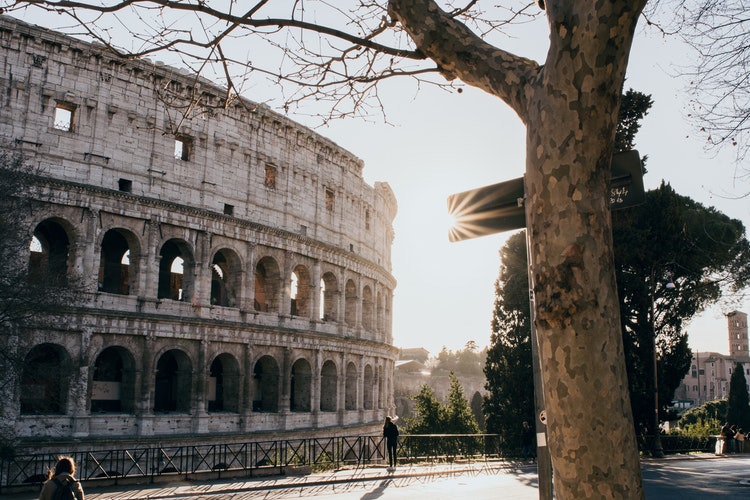 On a concluding note, Rome has been a fabulous host to numerous filmmakers, both Italian and international – its picturesque setting is incredible. To know more about Rome and it’s most attractive sights please check our best family tours in Rome.