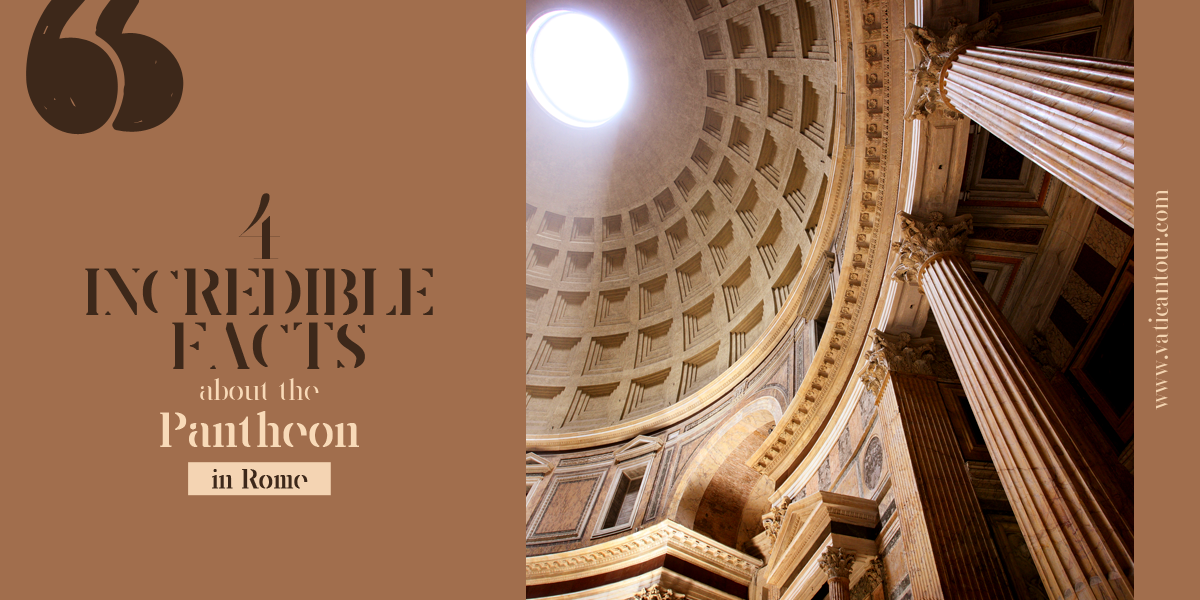 Even today, nearly 2000 years since its construction, The Pantheon persists as the most ancient but well-preserved iconic structure in Rome. The record-breaking concrete dome, the cavernous marble-fed interior, the daunting proportions and a sublime mix of elegance and harmony in construction are the staggering reminders of the great Roman Empire and its classical architectural pursuits. 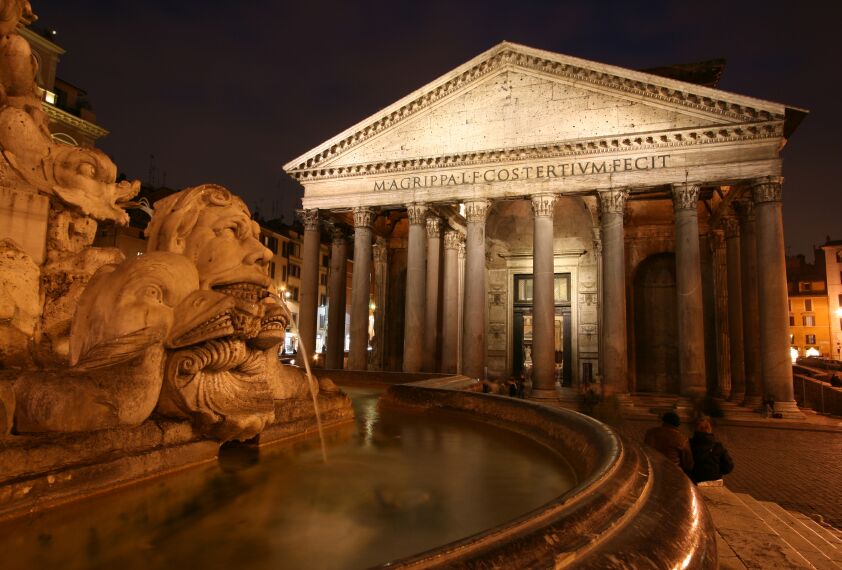 Below we’ve highlighted the 4 most fascinating facts about the Pantheon; more than being a spectacle of postcard-worthy perfection, it’s an intricate labyrinth of history, art and architecture. A terrific tribute to the past!

The Pantheon is a Catholic Church – and has been since 7th-century!

Quite interestingly, in 609 CE, the Pantheon was the first Pagan temple to be remodelled into a church. The emperor Phocas presented it to Pope Boniface IV who sanctified it as the ‘Church of Santa Maria and Martyres’. While doing so, they removed all Pagan symbols and imagery only to replace them with Christian embellishments. To this date, this Catholic Church conducts regular masses and weddings – yes you can visit their Sunday Mass! 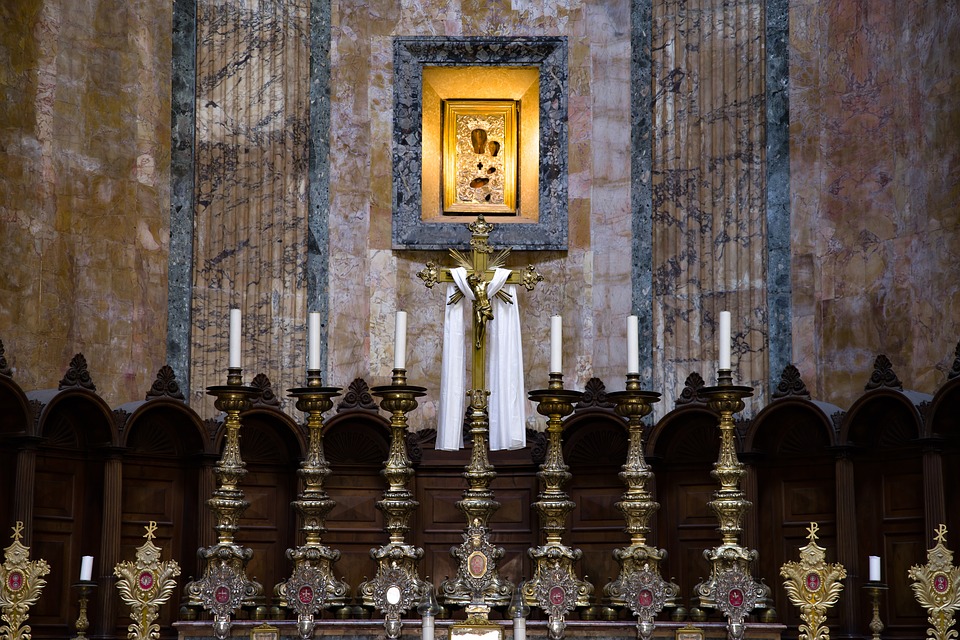 This is not the original Pantheon.

Yes, you heard that right! This Pantheon is the third manifestation of the original one. In 27 BC, Marcus Agrippa, a Roman architect and statesman built the first Pantheon, but it was ravaged during the great fire of 80 AD. Later, in the 1st-century AD, Emperor Domition reconstructed it on the same site, but lightning struck and burned it down again. 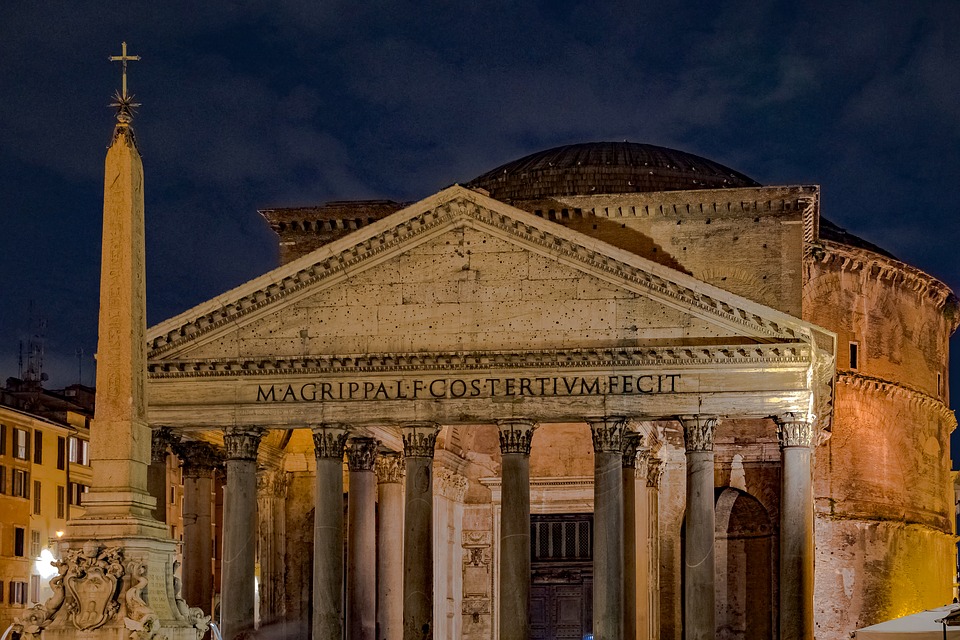 With 142 feet diameter and height, the stupendous dome of the Pantheon is, however, the most significant feature.

It is touted as one of the greatest Roman architectural feats, and why not – for more than 1300 years until Brunelleschi constructed the Duomo in Florence, it was recorded as the biggest dome of the classical world, and still remains the largest, unreinforced concrete dome in the whole world! In fact, this dome is even bigger than that of St. Peter’s Basilica. 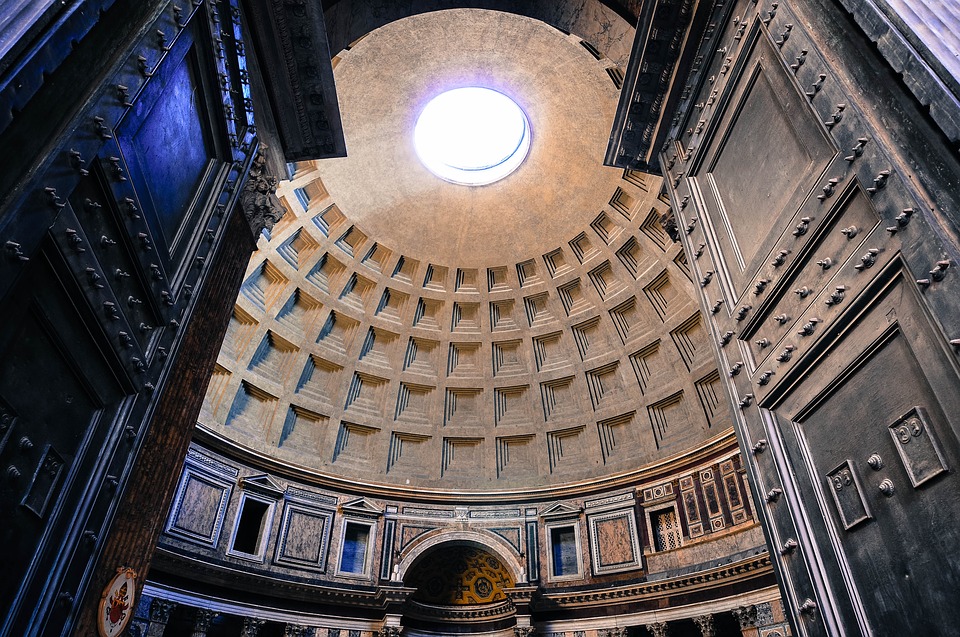 The Pantheon is the final resting place of celebrated historical figures, including Raphael.

Many people know that the iconic Renaissance painter, Raphael lies buried inside, but what they don’t know is that this ancient structure is also home to several other eminent personalities – such as, Italian kings Vittorio Emanuele II and his son Umberto I, Umberto’s wife Queen Margherita of Savoy and the great composer Arcangelo Corelli.

The tomb of Raphael’s fiancée Maria Bibbiena is also found here – right next to his.

Placed within a marble sarcophagus, the inscription on Raphael’s tombstone reads, “Ille hic est Raffael, timuit quo sospite vinci, rerum magna parens et moriente mori“, which means, “Here lies that famous Raphael by whom Nature feared to be conquered while he lived, and when he was dying, feared herself to die.”

Hope these lesser-known revelations about the Pantheon have been enriching enough!

For more, take a look at our special offers on tours of the Pantheon – they won’t disappoint you. 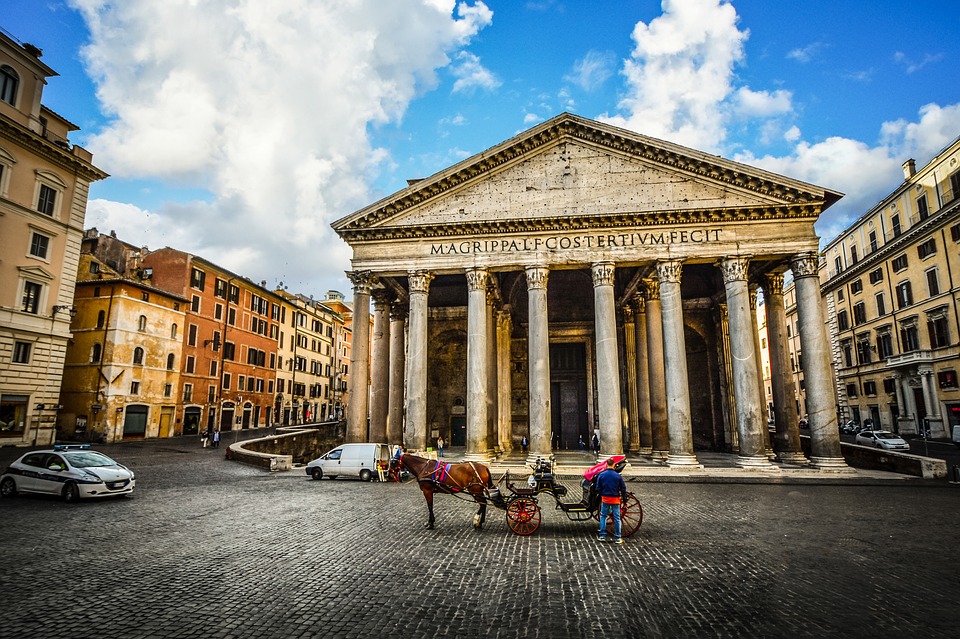 Likewise, if you are a history buff, an adventure-seeker or just a random tourist exploring Rome, do check out our exclusive Vatican & Colosseum Tour – backed by a skip-the-line privilege and expert English-speaking local guides, it offers a one-of-a-kind experience infusing life into the art, architecture and annals of ancient Rome.